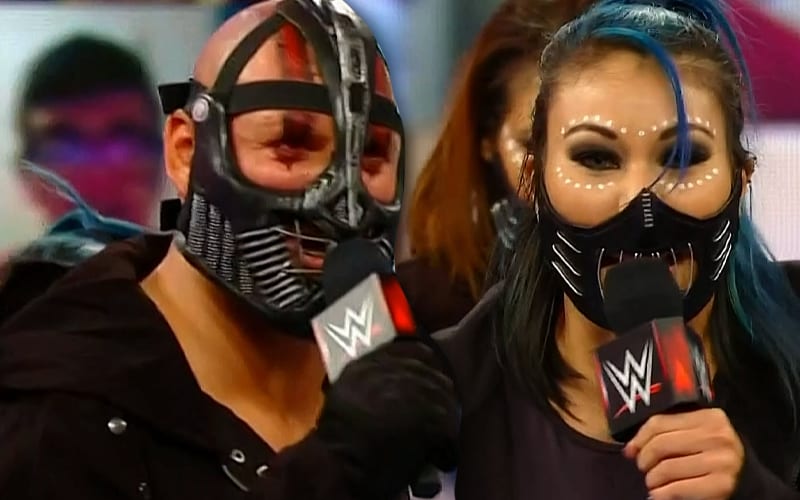 WWE debuted names for three of the five core Retribution members. They had to miss this week’s show, but they were able to make an appearance via the big screen. T-Bar, Mace, and Slapjack received some teasing online after their names were revealed. Few have messed with Reckoning because Mia Yim isn’t afraid to cut haters down to size.

While speaking to Wrestling Inc, Mike Kanellis brought up Retribution’s names. He said their names certainly give them an uphill battle. In the end, a name doesn’t mean anything because it’s about how talented a Superstar is in today’s pro wrestling world.

They backed themselves into a corner, and I hope they can find a way out of it, but they have an uphill battle with those names. Now names don’t mean crap. They don’t. I get it. If you’re talented enough, you can overcome the name, but it’s incredibly difficult. It’s already an uphill battle, and on top of that, they’re dealing with bad booking decisions on top of bad names.

So it’s tough, and this isn’t me crapping on WWE. This is just tough. It’s difficult, and I love the fact that Shane Thorne is Slapjack because I’m going to give him so much crap next time I see him and just keep calling him Slapjack, but I can do that because I took the name Mike Kanellis, so he can throw it right back in my face.

Retribution needed to miss this week’s RAW, but it was reported that none of the members are positive for COVID-19. They are quarantined for precautionary reasons. That didn’t keep them off Twitter as they continue to spread their intentions to destroy WWE from the inside out. Stay tuned.