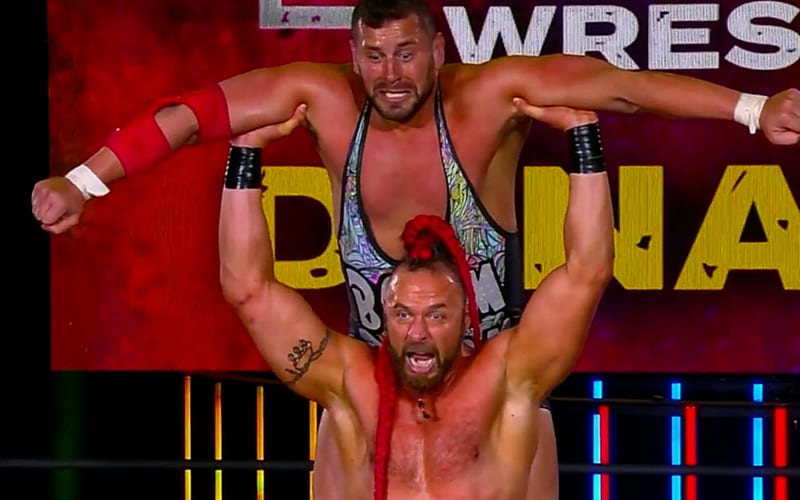 Lance Archer is a force to be reckoned with in AEW, but he’s not undefeated. That doesn’t stop his menacing presence and ability to make sure that everybody dies in the ring.

The pro wrestling world has several people with larger than life personas. People like The Undertaker and Brock Lesnar can keep their dominating mystique even through a loss. The Murderhawk Monster would like to consider himself in that company.

While speaking to Wrestling Inc, Lance Archer explained how his character can withstand a loss or two and it not hurt him in the larger sense.

“Well, you know, it’s a fight. Everybody goes through ups and downs and wins and losses, bumps in the road, and I don’t let anything like that slow me down. I think there’s some people out there in the wrestling world, you know, fan base and whatnot, ‘oh. you lost. You lost. You lost,’ and it’s like so what? Everybody in this business has lost. Undertaker’s lost at WrestleMania, and that was never supposed to happen, but it did.

Lance Archer said he can lose a match or two and it not hurt his momentum. He compared himself to The Undertaker and Brock Lesnar in this respect.

“Brock Lesnar, the baddest man in the business, he’s lost to some of the most interesting people in the world. So to lose a match doesn’t mean the end of the world in professional wrestling and absolutely didn’t mean the end of the ‘Murderhawk Monster’ in AEW, and actually, it just focused me more to push forward, push harder and become even bigger, stronger, meaner badder and kick more ass than I ever had before.”

Lance Archer has a huge match coming up on AEW Dynamite against Jon Moxley on October 14th. The AEW World Title will be on the line and that is a match Archer doesn’t want to lose.