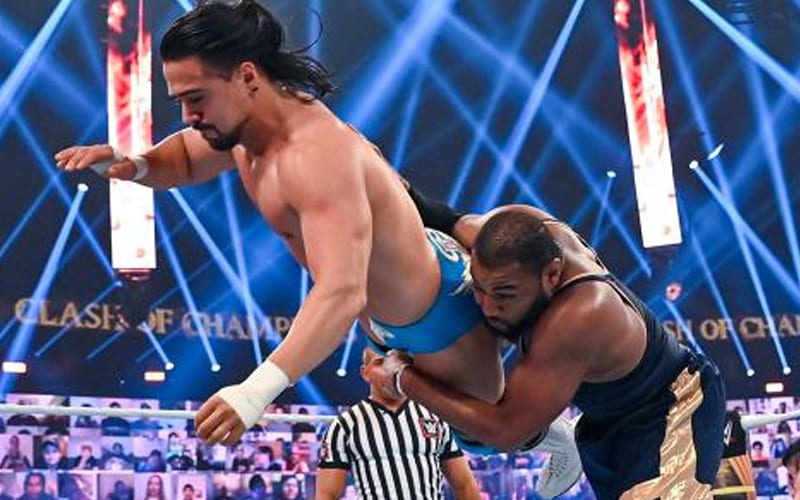 Angel Garza was injured at WWE Clash Of Champions Gold Rush. The Raw Tag Team Title match was ended early, and Angelo Dawkins wasn’t happy about it. Now we have the latest on Garza’s condition.

According to PW Insider, WWE is still uncertain whether Angel Garza suffered a hip injury or a quadriceps tear. They are sending him in today for an MRI to find out exactly what the issue is.

Garza is slated to undergo an MRI today in order to confirm diagnosis.  He was injured during last night’s Clash of Champions PPV while challenging for the Raw Tag Team Championship.

There is no timetable for Angel Garza’s return yet. That can’t happen until they figure out what is wrong with the Lothario. In the meantime, the most we know is that he won’t be wrestling until this issue is behind him.