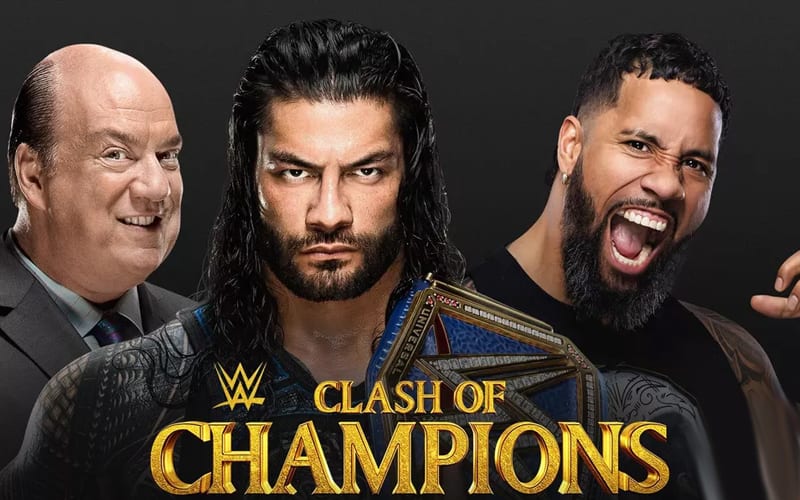 WWE Clash of Champions is coming at fans tonight, September 27th, 2020. The kickoff show starts at 6:00 PM EST, and the main card begins at 7:00 PM. We will have full coverage right here at Ringside News.

The main event closing match of the night could be a political battle backstage. Click here for more information on that situation.

A title is being defended during every match. We can only assume the WWE 24/7 Title will show up as well even though it’s not scheduled.

Roman Reigns and Jey Uso will finally do battle for the Universal Title. Some fans are expecting a squash match, but we can only hope that Jey Uso will give the Tribal Chief some kind of fight.

Drew McIntyre will defend the WWE Title in an ambulance match. That match could have a screwy finish as well.

A big question of the night also revolves around Nikki Cross’ status. She was missing from SmackDown this week which makes us wonder if she’ll make the event.

You can check out the entire card below and we’ll let you know if anything changes right here at Ringside News.