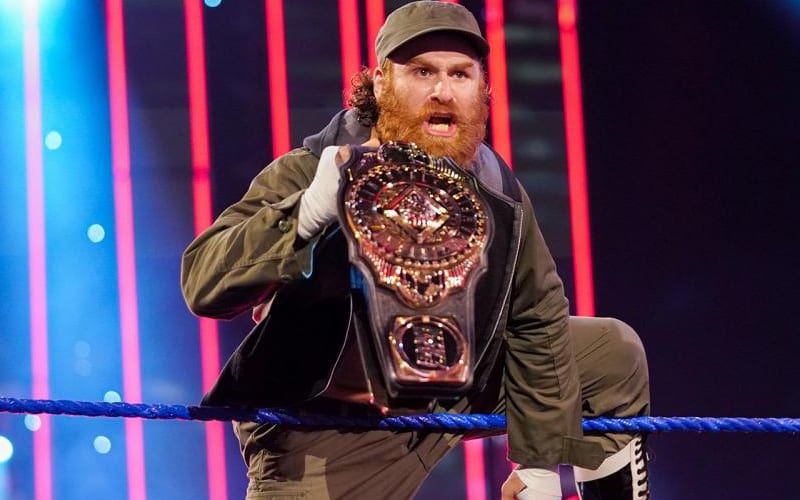 Sami Zayn has never been afraid to voice his opinion on social media, and that hasn’t changed now that he’s back on WWE programming.

The main focus of his attention has been on reclaiming the Intercontinental Championship as you might expect, but that doesn’t mean he isn’t paying attention to everything else happening on the card.

Heading into WWE Clash of Champions, Zayn decided to challenge WWE whilst simultaneously praising them for the build-up to Roman Reigns vs Jey Uso.

Jey Uso vs. Roman Reigns is such an awesome story. More of this.

The two men are set to clash for the Universal Championship later on tonight whereas Zayn will be involved in the triple threat ladder match with the IC title being on the line.

In terms of what he’s saying, though, very few fans will disagree with the former NXT star.