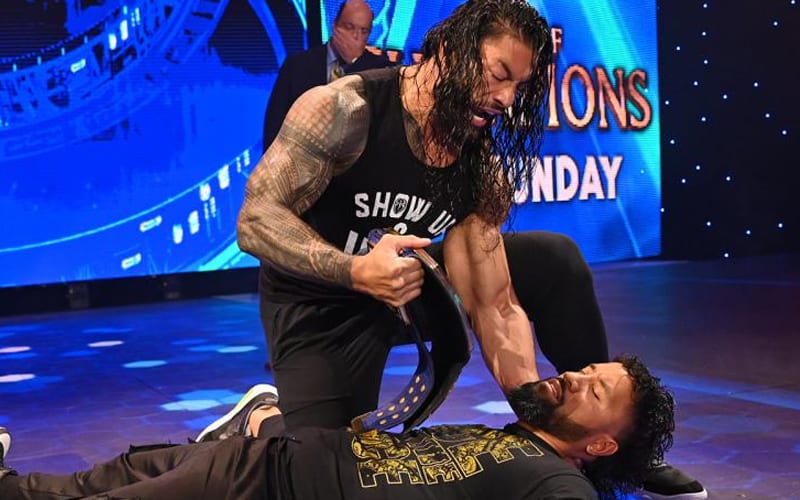 Roman Reigns is the Tribal Chief in WWE and a locker room leader. He also has a significant amount of pull which is only amplified with Paul Heyman as his Special Advisor.

Ringside News covered Reigns’ return in exclusive detail. The Big Dog and Vince McMahon remained in constant communication throughout Reigns’ hiatus. We learned that WWE used Heyman as “a lure” to bring him back and Reigns recently confirmed this.

We exclusively reported that Paul Heyman has a lot of trust with Vince McMahon. The two have never had a public cross word with each other backstage. Heyman’s legend as a smooth operator is legitimate. He can convince people to see things his way and that happened this week.

Ringside News has learned that WWE changed Roman Reigns’ segment on SmackDown this week after Paul Heyman and Reigns inserted their opinion. We were not told exactly what the original plan was, but what happened on television is what Reigns and Heyman wanted to do other than what was originally scripted.

Heyman and Reigns are being paired in a much different way than Brock Lesnar’s relationship with his Advocate. Now that the Beast Incarnate is no longer under WWE contract at all, Heyman is focusing his energy on progressing Roman Reigns.

At this time Paul Heyman is not a part of the WWE writing team in an official capacity. He does have significant input on what goes on with the Universal Champion.