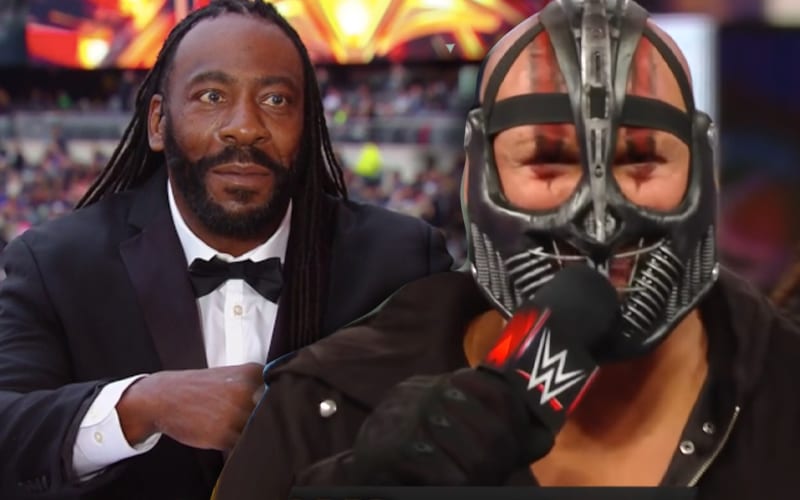 Retribution is out to implode WWE, but Booker T is safe. T-Bar is a fan of Booker T’s name so the 6-time World Champion gets a pass.

Plenty of people have joked about the Retribution names, and their masks since debuting them. T-Bar doesn’t have time for games and has even fired back at CM Punk during the week.

T-Bar jumped on Twitter to let everyone know that WWE is still on notice. They plan on destroying their employer from the inside out. Booker T doesn’t have to worry, and T-Bar wanted to make it very clear why that is the case.

Nobody is safe from RETRIBUTION. You cannot run. You cannot hide. Let this serve as a warning to anyone who has ever dawned the title of “WWE Superstar”. … Except for @BookerT5x, just another incredible name, excellent choice of letter.

Retribution doesn’t have a lot of time to show mercy. They are far too busy causing chaos where ever they go. It seems that Booker T’s Hall Of Fame radio show is one place that Retribution won’t look to invade and tear down. Thankfully, Booker T has the right single letter in his name which gives him immunity.