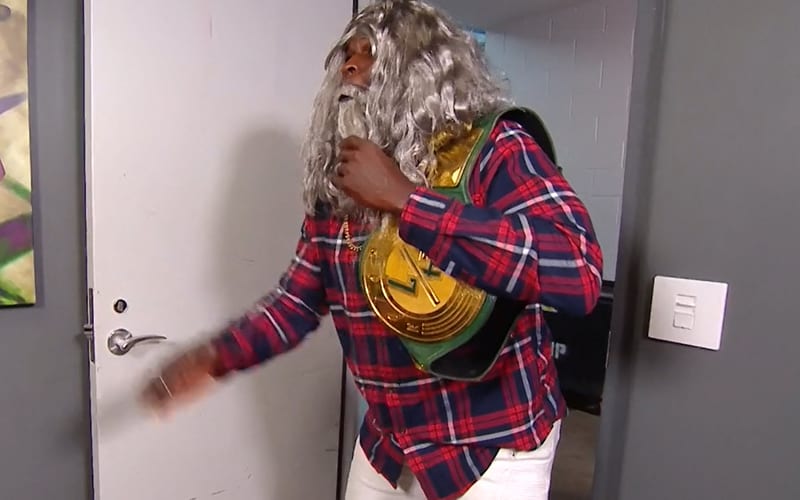 Original: Later on in the night, R-Truth won the title back.

Update: WWE Clash Of Champions Gold Rush was a big night for title matches. This also included the 24/7 Title.

R-Truth accidentally ended up in the referee’s lounge during Clash Of Champions. He blamed Little Jimmy for leading him in the wrong room, and then he left.

As Truth was leaving, Drew Gulak saw Truth and he took advantage of the situation. Drew Gulak rolled R-Truth up and made the pinfall.