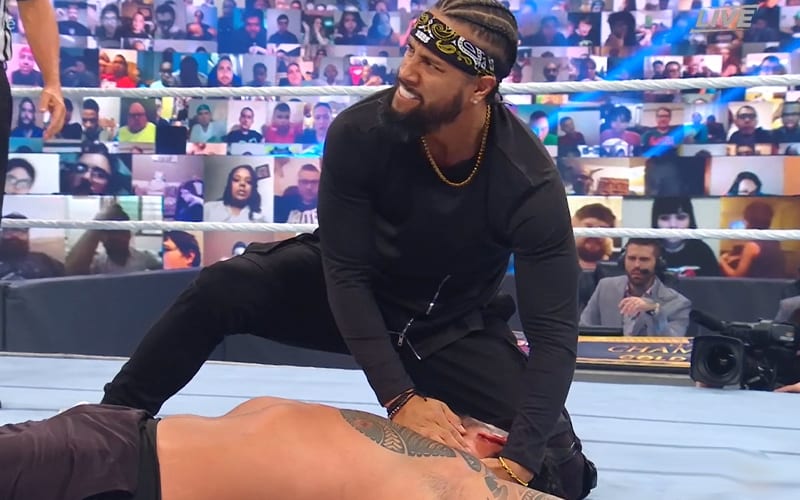 Jimmy Uso injured his knee months ago, and he still has a while to go before he will be medically cleared to compete. That didn’t stop him from making the family affair that was the main event at WWE Clash Of Champions Gold Rush.

Roman Reigns gave Jey Uso a brutal beat down during their Clash Of Champions match. Reigns also gave a lot to his cousin as he performed some very close near-falls for Uce.

Reigns got the upper hand and he tried to force Jey Uso to admit that he is the Tribal Chief. Jey Uso wouldn’t say it despite the torture Reigns put him through.

Finally, Jimmy Uso ran down and approached the ring. He had a white towel and he wanted to throw it in. Jey Uso pleaded with Jimmy not to throw in the towel, but he ended up doing it anyway after Reigns continued pummeling Jimmy’s twin brother Jey..

Jimmy then got in the ring to stop the assault that Roman Reigns was putting on Jey. Jimmy Uso finally told Reigns that he’s the Tribal Chief and begged for him to stop. Reigns took the win and posed with his title as the night closed.