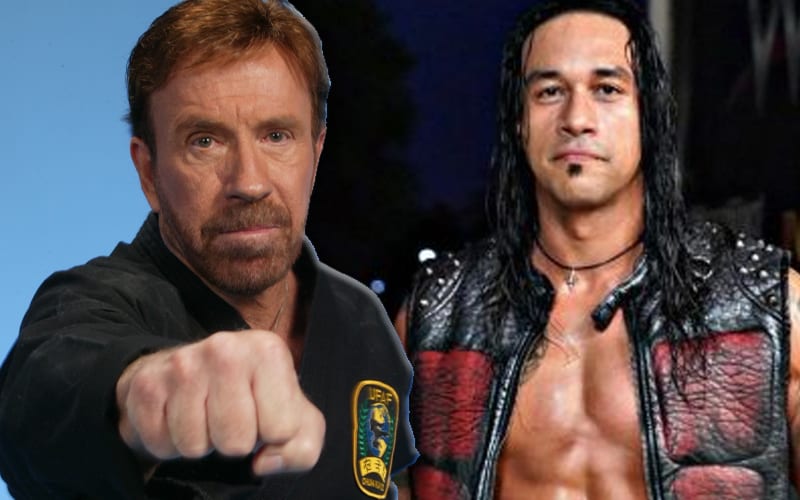 Chuck Norris is known for being so tough that he can perform miracles with his abilities. Damian Priest says his father beat him in an exhibition match. You can insert your favorite Chuck Norris joke anywhere in this article that you like.

Damian Priest is the current NXT North American Champion. He’s not one to mess with and he will get to prove that against Johnny Gargano at NXT TakeOver 31. Priest’s father is also very skilled and he apparently took down Chuck Norris before he was Walker Texas Ranger.

Digital Spy recently spoke to Damian Priest when he told a story about his father and Chuck Norris. The two had an exhibition fight in the 1970’s prior to Norris’ breakout celebrity fame. There was no official winner in that fight, but Priest says that if they were keeping points his father would have been the victor.

“(The story) was something that I heard from, not just him, but from other martial artists that were around in that era, in the 70s, and it was before Chuck Norris was even a name. They had an exhibition fight that wasn’t meant to have a winner, but they all said that if there was one by points, or whatever, my father landed way more strikes and kind of outperformed (Norris) so he would have won the fight in that sense.”

Damian Priest took after his father when it comes to striking. The man not only towers over most opponents, but he hits them incredibly hard as well. That rock star life for Priest also gives the appearance that he doesn’t care how hard he hits someone as long as they fall down. Apparently, Damian Priest’s father wasn’t one to mess with either so it runs in the family.

We’ve taken the liberty of altering some top Chuck Norris jokes for you to check out below.