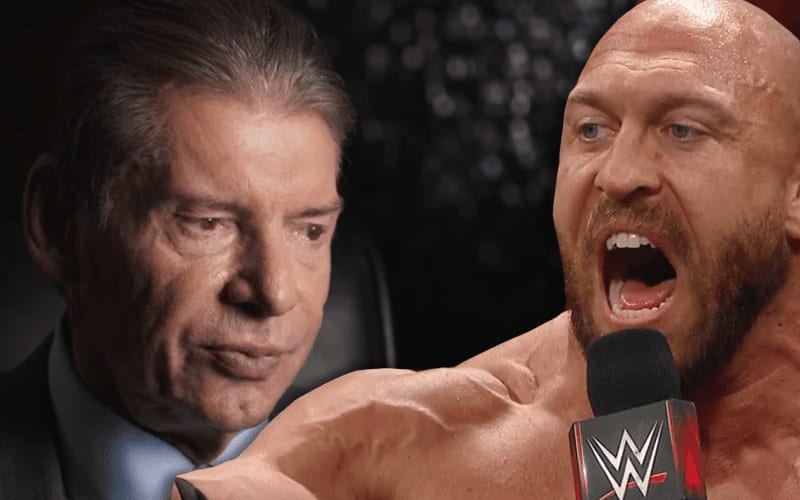 Ryback’s Twitter outbursts have not slowed down at all. He went off recently about how petty WWE is. Now he’s saying that the entire world will be a better place once Vince McMahon passes away.

The Big Guy has made no secret about his feelings toward WWE. He also said that “pussy Paul” is going down with the ship. Ryback is not a fan of how WWE profits from their Superstars at all.

He continued this several tweet rant as he replied back to fans. These points don’t seem to have softened toward his attitude about WWE and the way they conduct their business.

It was ALWAYS the talent. He just created a platform as a human circus that he modified from his father. The guy is a piece of shit, can’t stress this enough. World will be a better place when he passes. This isn’t wishing death, but stating an opinion I believe to be true

I simply think if AEW just does the opposite of what WWE has done since Vince Jr came along they will take over as number one. Vince’s days are numbers and the ship is slowly sinking. I believe in selling for good, it might mean slightly less profits, but it’s the best for all

Pussy Paul is not the savior to anything. He will go down with the ship.

Changing the business model entirely to create the biggest stars on the planet and profit off that rather than running a business that is trying to make the logo the main star for maximum profits. The fans and all involved will win and they would actually increase profits

Ryback seems like he is gearing up for an in-ring return. It would be INCREDIBLY SURPRISING if he ends up in WWE. If he does then it is possible that The Big Guy pulled the biggest swerve of all time, especially after those tweets.