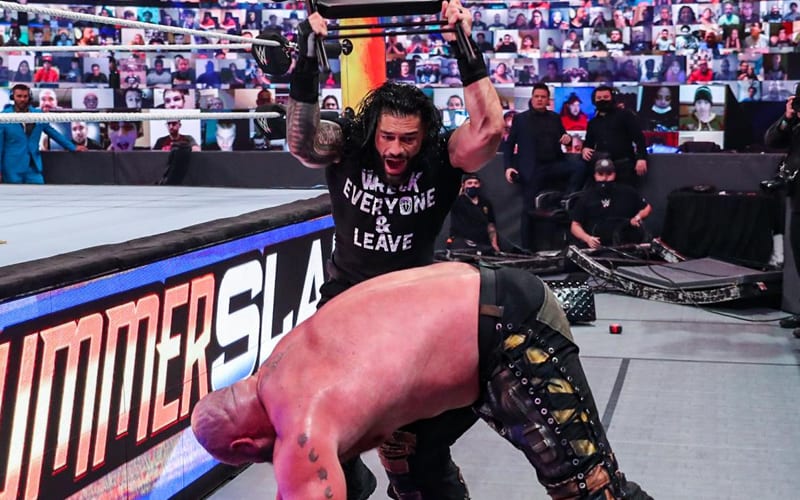 WWE put Braun Strowman on top when Roman Reigns did not work WrestleMania. This resulted in Strowman carrying the Universal Title for months, but then the Big Dog returned.

Strowman was sent to RAW Underground for a few matches. This was done to not only put him over, but also give RAW Underground a big name for the segment. Roman Reigns was paying attention to Strowman while he was in quarantine and he saw how the Monster Among Men carried the top title on the blue brand.

While speaking to After The Bell, Roman Reigns stated that Strowman was on the top level for a while, but he didn’t prove himself. This is something that Roman Reigns believes that he has done himself.

“I love him to death, Braun [Strowman], he was on top for a little while. But in order to really prove yourself, you’ve got to do it over, and over, and over and main event, main event, main event — I mean, 20, 30 pay-per-views. You’ve got to show not just our locker room, but the whole world that you can do this. You can be trusted with that amount of time, that amount of investment year after year. That’s something I think that I’ve done. We have guys who are around the top, but then nobody has shown it like I have.”

“I’m just now starting to show a different layer. I was able to do it in the same mode and keep numbers. The old Roman Reigns is still money. I could still throw on the vest and go out there and still do it. I’ve proven that I can keep doing that in the same mode and do it — I can do it, man, I can do it sick, tired, off the plane, on the plane. It don’t matter. I can do it in my sleep. That’s how repetitiously and conditioned I am at this game now.”

Roman Reigns’ new character in WWE is a departure from his former Big Dog moniker. He is now the Tribal Chief, and he has described himself as a mob boss who also does the hits himself.

Jey Uso has a date with Reigns at Clash of Champions, and Bray Wyatt seems poised to strike after that. We’ll have to see how long it takes before Braun Strowman gets another opportunity on top. 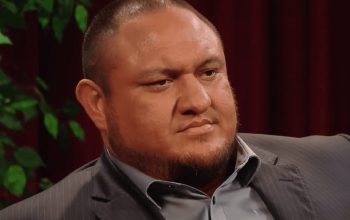