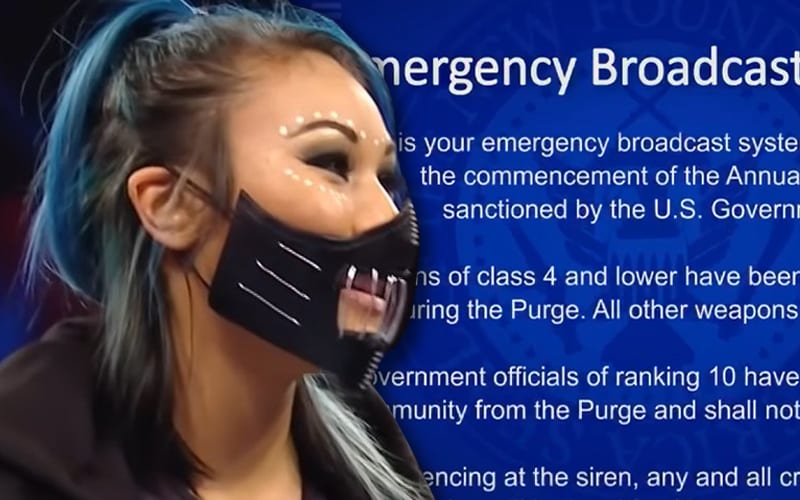 Retribution is here and this is not a test. Reckoning wants to make certain that message is heard loud and clear.

Mia Yim is now Reckoning, and she’s having a blast on Twitter. She sent out a tweet on Saturday morning to warn fans that the Purge is upon us. She included a video from the Purge which stated that all crimes are now legal. May god be with us all.

This is not a test.

This is your emergency broadcast system announcing the commencement of the Annual Purge sanctioned by the U.S. Government. Weapons of class 4 and lower have been authorized for use during the Purge. All other weapons are restricted. Government officials of ranking 10 have been granted immunity from the Purge and shall not be harmed. Commencing at the siren, any and all crime, including murder, will be legal for 12 continuous hours. Police, fire, and emergency medical services will be unavailable until tomorrow morning at 7 a.m., when The Purge concludes. Blessed be our New Founding Fathers and America, a nation reborn.

May God be with you all.— Purge Emergency Broadcast System

Reckoning also tweeted out a caption saying: “You’re on MY time. Retribution Time. I see you morons begging to attention. You all can wait to see what we about to do or say next.”

It sounds like Reckoning and the rest of Retribution have a lot to say. Let’s see how long this new Purge in WWE lasts.