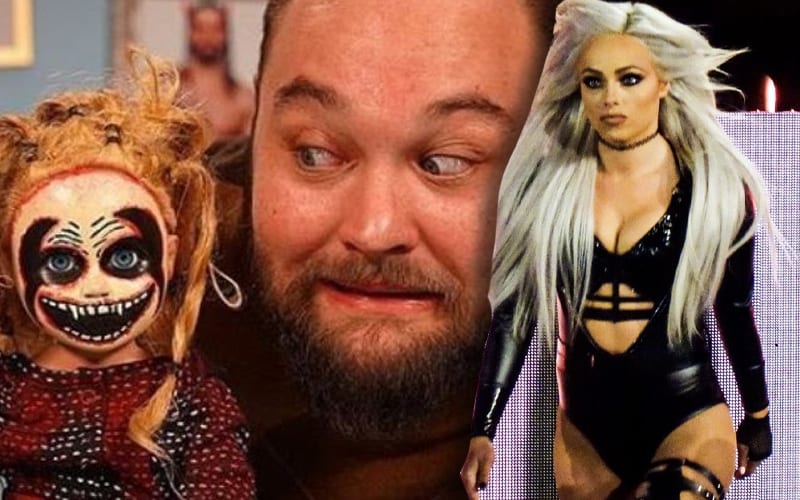 Liv Morgan has a fan base constantly pulling for her, even if they’re just hoping that WWE has a plan for something more. Her fans thought that a big angle could have been in store for Morgan that might take her to a darker place. That didn’t come to pass, and she was reunited with Ruby Riott.

There was a time when fans thought Liv Morgan could have been inserted into Bray Wyatt’s Firefly Fun House setting. Obviously, WWE had other plans.

Rick Ucchino recently spoke to Liv Morgan about her possible Bray Wyatt affiliations. There was a doll that looked an awful lot like her and fans noticed. Liv Morgan said that any involvement with her and Bray Wyatt is simply fanfiction.

“I think it’s very flattering fanfiction. I, I was never, you know, respectfully, hoping to be Sister Abigail. I was never pushing to be Sister Abigail.” Morgan said. “I went away for a while and I’m finding myself and I’m exploring myself and I have all these thoughts and emotions and I’m trying to let people know without literally saying it. And they just, kind of , wanted me to return so bad. I think that that was, they felt that was it. They felt that that was it. That was what I was going to be doing. That’s a very flattering, you know, fanfic. But all it is is fanfic.”

Pairing Liv Morgan up with Bray Wyatt might have been fanfiction, but WWE is doing that with Alexa Bliss. That possible tease of a blonde-haired doll was hinting at Bliss and not Morgan. Soon after that, Bliss appeared during the Wyatt Swamp Fight match during The Horror Show at Extreme Rules. Little did anyone realize what it would eventually become.