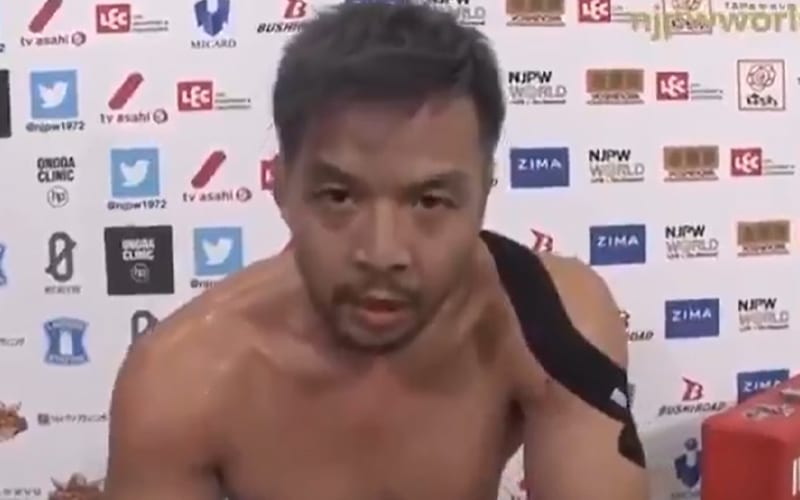 KENTA lost to Juice Robinson in the G1 Climax. Following his hard-fought loss in NJPW, KENTA had a lot to say to the press.

Some people like to come down on KENTA because of the years he spent doing nothing as Hideo Itami in WWE. He was injury prone, and there were many unfortunate events that led to a lackluster run in Vince McMahon’s company.

While speaking to the press, KENTA said he doesn’t “give a f*ck” if they want to trash talk his career. He made it clear that it’s his life as he used several colorful words in the process.

“I think it’s not important where you are. It doesn’t matter wherever you are, the most important thing is what you are doing. At least we can be what we want to be. If you guys want to talk sh*t about my career or my wrestling, please do so. I don’t give a f*ck. It’s my f*cking life! Even if I lost today, G1 Climax 30 is going to be my G1.”

KENTA has a much different attitude than he did in WWE as Hideo Itami. He also swears much more on camera. We’ll have to see what’s next for him, but he’s not going to let anyone’s opinion of him change the motivation that brought him to this point.