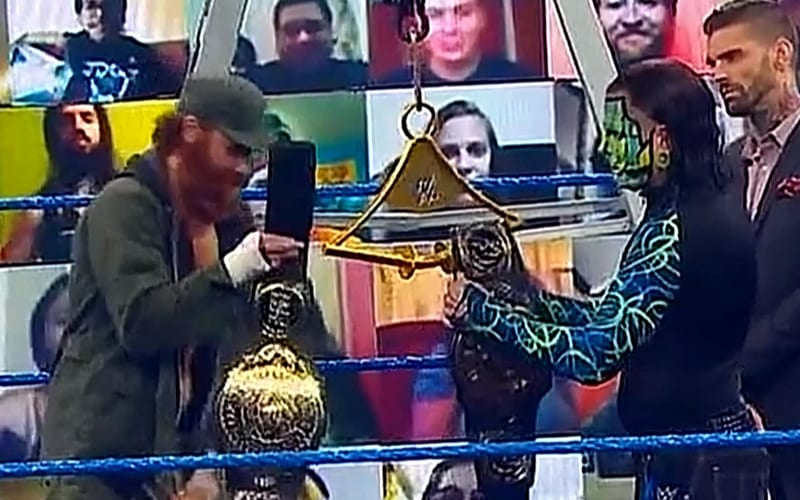 WWE has a big event scheduled for Clash Of Champions that will clear up a controversy that Sami Zayn started when he took a hiatus from the company. The Underdog from the Underground returned with his own IC Title, but Jeff Hardy was crowned the official IC Champion. Things will be settled on Sunday.

WWE Friday Night SmackDown included a segment where AJ Styles, Jeff Hardy, and Sami Zayn met in the ring. They had an Intercontinental Title Ascension Ceremony where they raised both IC Titles above the ring.

It was revealed that both IC Titles will hang above the ring at Clash Of Champions. The competitors will climb a ladder and try to retrieve both titles. This is how an Undisputed IC Champion will be determined.

Following the announcement, they had a triple threat non-title match. Sami Zayn won the match, but he did so by using underhanded means.