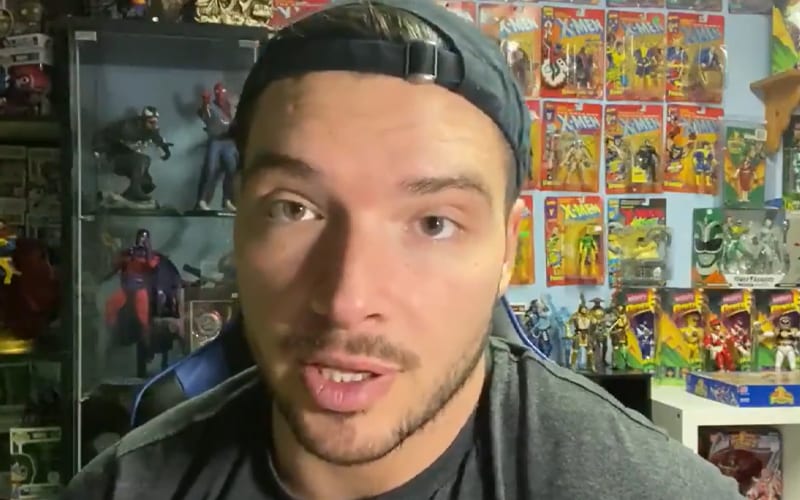 Ethan Page pulled himself from the Warrior Wrestling event on September 26th. He is taking himself off the show for precautionary reasons.

Page addressed fans in a video message on social media. He explained that his wife has a fever and has lost “a little bit of her smell and taste.” He then said “to avoid any future scandals and problems” he is missing the upcoming Warrior Wrestling event in Chicago.

All Ego made it clear that he doesn’t want to put anyone at risk. He said that it would be “very irresponsible” of him to travel with Josh Alexander to the event and then share a locker room with talented performers who are also doing great things for other companies.

Ethan Page said that he and his wife are awaiting results from their COVID-19 tests. In the meantime, he is not going to be traveling to the event. He feels healthy, but he’s not happy about missing the Chicago show.

Warrior Wrestling has gone above and beyond to run safe shows. They have been praised throughout the indie wrestling world for their operation during this time of reopening. You can check out a tweet below to see the setup at their last event.

Our thoughts go out to Ethan Page, his family, and anyone else dealing with a circumstance related to this awful pandemic.