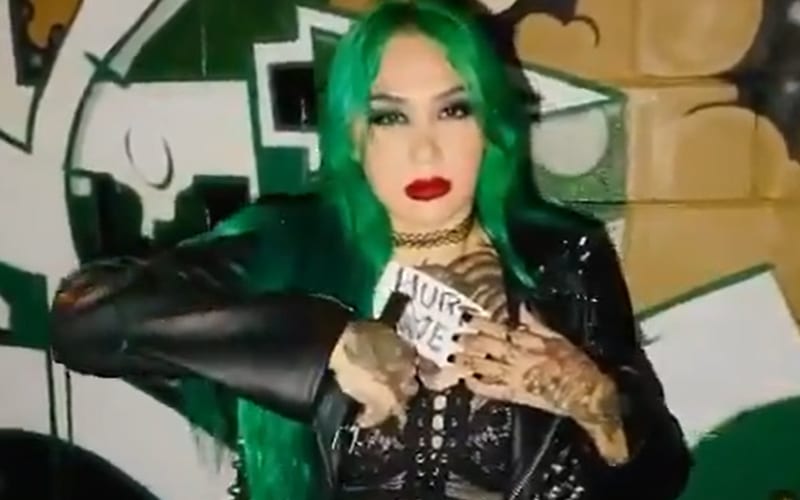 Shotzi Blackheart made headlines when she cut a passionate promo prior to her match against Io Shirai. During that promo she stapled a piece of paper to her chest. That piece of paper that said “HURT ME” and that’s exactly what she did to herself.

While speaking to Comic Book, Shotzi Blackheart revealed the inspiration behind that staple gun promo. She just really wanted to prove her point. She’s touch and was ready for Io Shirai.

“It was kind of something that I just thought of doing that day, and then I filmed it that night and put it up like five minutes after I filmed it. I just wanted to prove a point, just to Io, that she doesn’t want to hurt me, but I’m okay if she does. I’m a big girl. I can handle it.”

It’s wild to think that in 2020 someone can record a promo and soon everyone is talking about it. Shotzi Blackheart certainly took the opportunity and made a big impression before her match.

Blackheart wasn’t able to pick up the big win against Io Shirai, but she drew a lot of attention to herself in the process. You can check out the promo below.