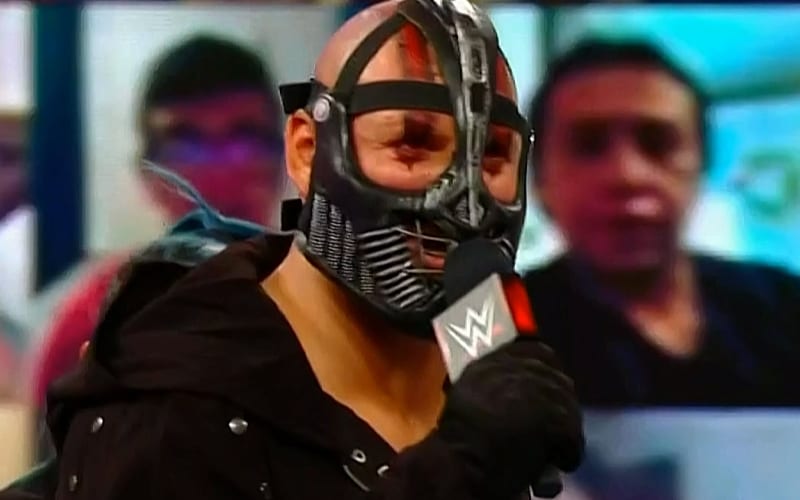 Retribution made it very clear that they came from the WWE Performance Center and there is a lot of rage and discontent there. Now they are out to make a big noise for themselves on the main roster.

Dominik Dijakovic is now T-Bar. It’s not clear who the actual leader of the 5 core Retribution members is, but T-Bar is the tallest. He also defended Slapjack when CM Punk dragged the look of his mask.

T-Bar sent out a tweet on Thursday afternoon. He took shots at Superstars who “adopted” the Performance Center’s training and said that he was “molded by it.” Then T-Bar said that he didn’t see the main roster until he was already a man.

Ah you think training is your ally? You merely adopted the Performance Center. I was born in it, molded by it. I didn’t see the main roster until I was already a man, by then it was nothing to me but BLINDING.

Retribution is intense and intent on securing their spot in the main roster. They were signed to deals this week on RAW, and their story is continuing. We’ll just have to see if they have anything to say during Clash of Champions.