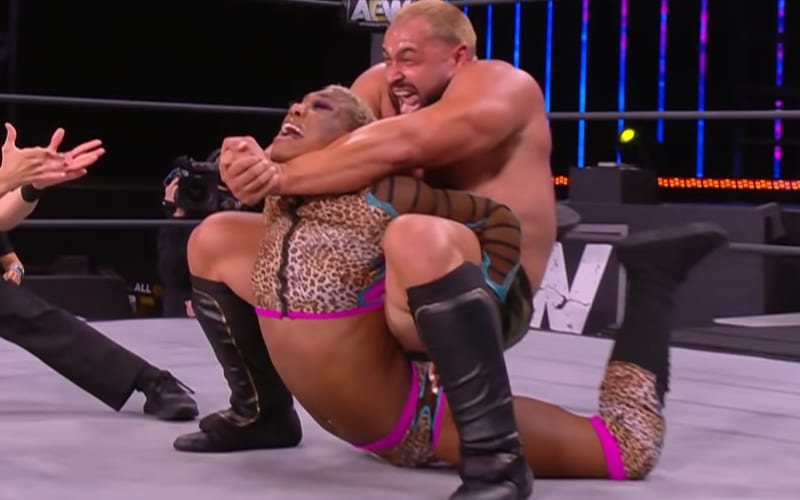 Miro made his big AEW Dynamite debut this week and he did so with pretty much the same move set that he used in WWE. He ended things with a move that looked very familar for fans, but it has a totally different name now.

As we previously noted here at Ringside News, the Accolade is now called the Game Over. This is a tribute to Miro’s love of Twitch and streaming on that video game centered community. Some might call it the Camel Clutch, but it is the Game Over when Miro does it.

The Machka Kick doesn’t have a name yet. It was noted on Wrestling Observer Radio that it’s just a kick now. We’ll have to see if Miro gives it a unique specialty name.

For the record, WWE owns the names for Machka Kick, and just “Machka.” They also own the names Rusev, Bulgarian Brute, and Rusev Day. Miro can’t use any of those trademarks so he has to come up with other names. They can’t keep him from doing the same moves and altering what he calls them.