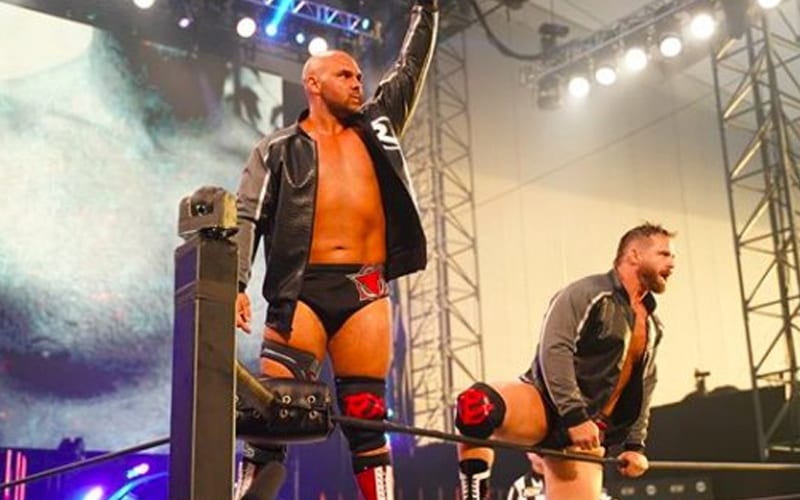 FTR is the AEW World Tag Team Champions right now. Dusty Rhodes isn’t around to see his son Cody Rhodes as Executive Vice President of a pro wrestling company, but there are a lot of things that the Son Of A Plumber would be super proud about if he were to take a look at All Elite Wrestling today.

While speaking to Bodyslam.net’s The Push Podcast, FTR opened up about how much Dusty Rhodes meant to their careers. He was a big supporter of them as a team. Dax Harwood said that Rhodes wanted them to be a team that never split up.

“Dusty wanted us to be a team. I think he enjoyed that we were both southern boys and he liked our accents, our style of work and that we also weren’t the biggest guys in the room. We’re 5’10 and surrounded by 6’5-6’6 guys and you’re often overlooked, but he told us never to leave each other’s side…be seen together all the time so that everyone can see what [Dusty] sees just on the surface.”

“No one is ever gonna be Dusty but he knew being able to converse and being conversational with your audience and with your peers is what makes you money because you’re on their level now.”

Cash Wheeler spoke about how they learned from the American Dream during their training. He also compared him to Mr. Miyogi from the Karate Kid series.

“The craziest thing about learning from Dusty was that half the time you didn’t even realize you were learning until after he already taught you, like he would Mr. Miyogi you…he would get you in touch with who you are as a performer and not what other people’s perceptions of you should be or what your idea of yourself as a wrestler was. He would find out something about you that was different and he would find a way to transition that into wrestling so that you’re being more organic with yourself and more real”

FTR is only getting started in AEW, and they’re already holding the company’s top titles. The future seems bright for the former Revival. They’ve already been through a lot as a team, and they are in a company where their mission in pro wrestling seems to be a much better fit.