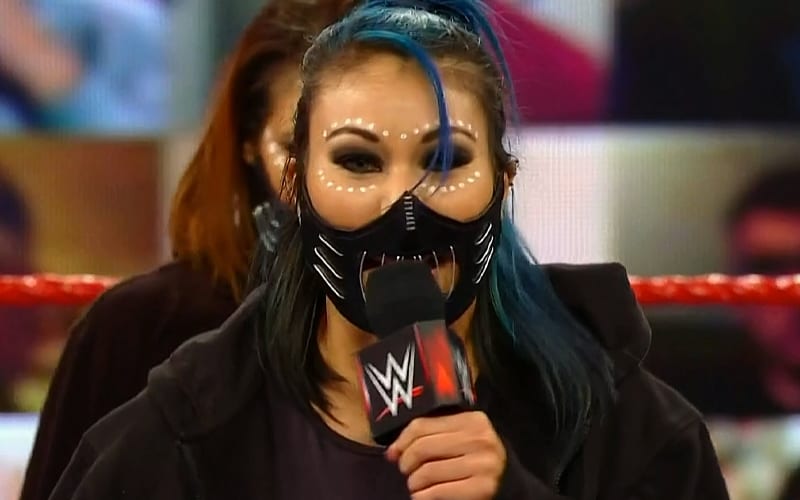 Mia Yim worked her way through the pro wrestling world prior to arriving in WWE. She is now a member of Retribution, but her new name hasn’t been revealed just yet. Everyone knows it’s her, and some fans aren’t thrilled.

One fan fired off a tweet saying that Mia Yim “only got the gig because Keith Lee begged to have her brought to RAW with him.” This fan obviously doesn’t understand how WWE main roster call-ups work, but regardless, Mia Yim fired off a reply to straighten out this fan’s perception of events.

Focus on surfing and less on rumors. I got to where I am because I busted my ass for over a decade.

We’ll have to see what’s next for Mia Yim. The Retribution stable might need to be tweaked slightly before they can really take off. WWE might have some work to do, but Mia Yim will there to capture every opportunity in front of her.