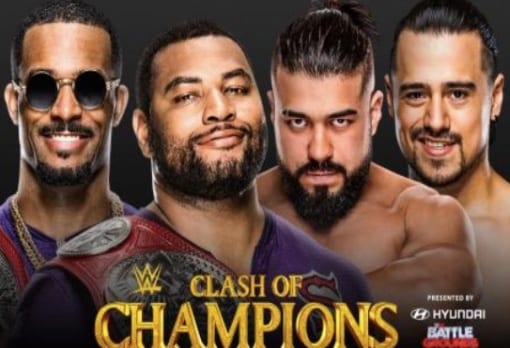 As seen on Sky Bet, the betting odds for The Street Profits vs Andrade & Angel Garza have been released.

While many fans do believe that there is some kind of progress being made in the tag team division on both RAW and SmackDown, others are of the belief that neither roster is quite deep enough yet.

Either way, The Street Profits will indeed be defending their RAW Tag Team Championship against the rising team of Andrade & Angel Garza at Clash of Champions – with the latter having the chance to have their ‘all the gold’ faction moment if Zelina Vega can also dethrone Asuka.

In terms of the odds, The Street Profits are the narrow favorites to retain the belts at 8/11. On the flip side, Andrade and Garza are close 1/1 underdogs.

It’ll be a fascinating meeting either way, but at the very least, we should get a great match out of it.