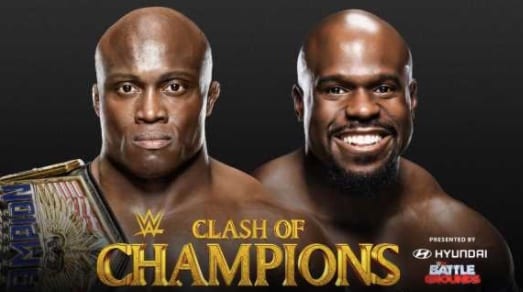 As seen on Sky Bet, the betting odds for Bobby Lashley vs Apollo Crews at WWE Clash of Champions have been released.

These two men have gone toe to toe for months now and you’d have to imagine their meeting at Clash of Champions will serve as the final chapter in their rivalry – for now, at least.

Apollo has done everything in his power to rid WWE of The Hurt Business, and now, he’ll try and strip them of the United States Championship.

In terms of the odds, Bobby Lashley is a very strong 1/8 favorite to retain the US Championship – whereas Crews, unfortunately for his fans, is a 9/2 underdog.

The rise of Crews as a singles star has been great to see in recent months and hopefully, even if he loses, he’s able to maintain some kind of momentum.