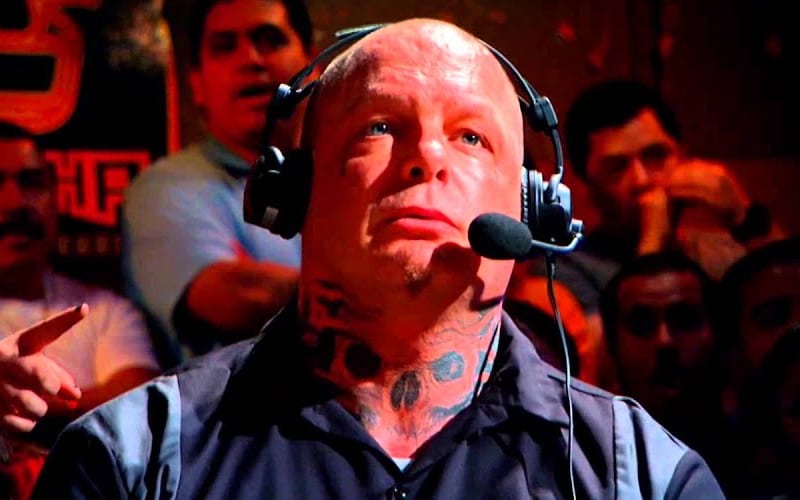 Some people say that they’ve got demons, and Vampiro doesn’t mess around with that statement. He recently told a story that had legit demons it it.

You might not believe in demons, but Vampiro does. He recently spoke to Bodyslam.net about an experience he had that would make the hairs stand up on the back of anybody’s neck.

This experience with otherworldly entities took place in Guatemala when he was working with a paranormal show. This happening in a morgue was more than he bargained for. The experience left him with what he claimed were evil spirits that he had to “madidate” out of himself for years.

“I was in Guatemala doing a segment for this paranormal show and we were in a morgue that was attached to a cemetery and right there they had a crematorium because there was the civil war and the government killed half the country and to this day you’re walking down the street and [see dead bodies]. So they would take these bodies and they would take them to what’s called a Fauso commune which is like a big swimming pool, it means “open community hole”. They would just dump these bodies in there because there’s no ID and there’s maybe 1,200-1,500 bodies every single day. So when nobody reclaims them and they’re just in this open pit they get thrown in the crematorium. So the energies there are just horrible.”

“I went to do an investigation [at this site] and I couldn’t even get into the crematorium because there were so many lost souls in there that I was freaking out. So we went into the morgue and as I was closing off the show an ambulance came in and left two bodies about ten feet behind me. I think one of them wasn’t dead yet. They came in after a shootout and were in body bags. So I swear, and I have it on my phone, that one of [the body bags] was still kinda moving. But as I was talking about it, I turned around and the lights started flickering right over the person who I was suspecting was in the process of passing on. I’m pretty sure that the person saw me because I walked toward it and as I walked toward it the lights and the electricity started bouncing and I had this cold feeling [that lasted about] two years.”

“My daughter would say to me ‘dad, there’s someone in the house’ and I would feel shit at night touch my neck so I got a doctor from Africa who practices Yoruba which is the first form of voodoo and we did an exorcism and we got rid of these spirits. But I’m telling you, it f*ckedd me up so much, I was sick for like 2-3 years from it. I had this thing in me and I had to meditate like a motherf*cker to get it out of me.”

This is a pretty wild story, but Vampiro has led a pretty crazy life. It just goes to show that you should never mess around with paranormal investigations unless you’re 100% ready for whatever consequences might come your way.