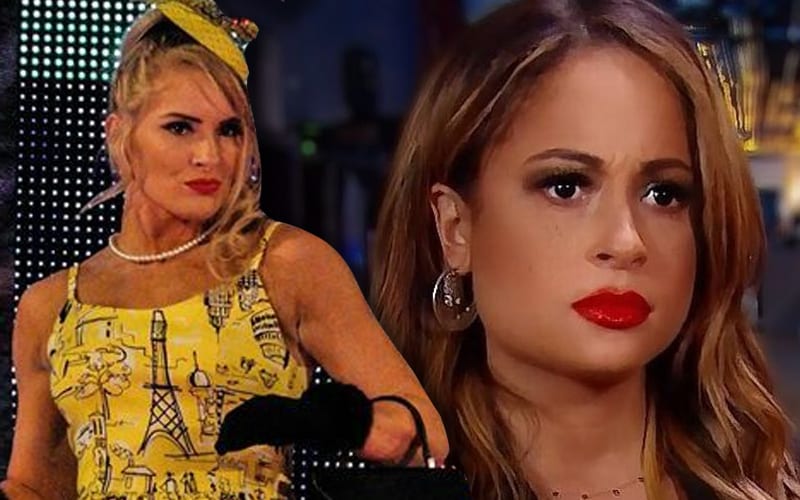 Kayla Braxton is single, and she’s no shy about letting fans in on her relationship woes. Lacey Evans paid attention to that and recently used it as ammunition to fire at Braxton.

The Lady Of WWE was on Talking Smack. She used that opportunity to discuss Kayla Braxton’s relationship status in a taunting way. She brought it into the conversation by discussing the brutal Sister Abigail that she took from Alexa Bliss previously in the night.

Evans irritated Alexa Bliss when she brought up The Fiend. Lacey Evans wanted to make it clear that she didn’t mean to insult anyone prior to throwing a dig at Braxton.

“I don’t insult people, I point out the obvious, and if weaklings like yourself take that as an insult, then that’s none of my concern. However, I do believe that Lacey Evans, that sassy, Southern Belle, should have her own show, to show women… women like you, how to conduct themselves appropriately, how to be a lady, how to cook, how to clean, how to keep a man… which obviously… ahem, let’s not even go there.”

Braxton replied, “Wow!” after hearing that dig. She apologized to co-host Xavier Woods after Lacey Evans said she needed to go home and cook dinner for her husband. That was also a dig at Braxton’s lack of a boyfriend.

Kayla Braxton recently revealed that she broke up an engagement years ago. Lacey Evans could have been making reference to that revealing Instagram post as well.