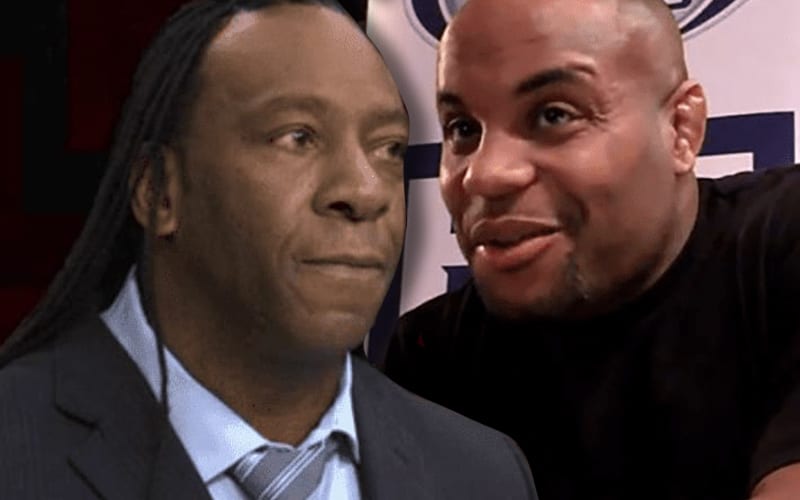 Booker T had a lot to say about Daniel Cormier’s interest in joining WWE. Cormier heard what the two-time WWE Hall Of Famer said, and he had to reply.

During the DC & Helwani show, Daniel Cormier asked if Booker T wants to be “the backup fighter in the main event.” He said “the problem is that I love the Harlem Heat — I love Booker T and Stevie Ray,” but when King Booker went off like that, DC had to respond.

Then Helwani revealed that Booker T sent them a message and DC got excited as he said: “He sent us a message?! Ya see, this is where we have a problem because I’m breaking kayfabe because I become a fan again. I keep trying to cut promos on these dudes, but then I break kayfabe.”

Booker T’s message said that he’s been watching Daniel Cormier, but “now you’re talking about stepping into something totally different.” Booker T said that before Daniel Cormier talks to Roman Reigns, he needs to talk to the 6-tme World Champion first.

Daniel Cormier said that Booker T won him over with his message. This video message also included an invitation to come on his Hall Of Fame podcast. It seems that there is no heat between DC and Booker T. In fact, they might end up talking with each other very soon.