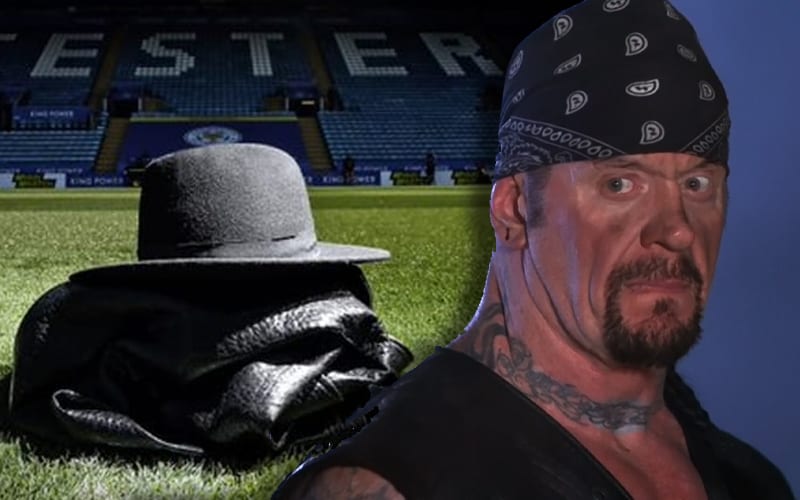 The Undertaker is a force who stepped out of WWE and into popular culture. His image is recognizable even if you’re not a fan of WWE. This is what made a perfect reference when Leicester City signed a man named Under to their team.

About 30 minutes prior to announcing that Cengiz Ünder signed with the club, Leicester shared a photo of The Undertaker’s hat and leather jacket on the field. This was to hype the new signing, and everyone got the joke soon enough.

The Undertaker saw the hype surrounding Leicester City using his signature hat and coat to hype a new signing. He couldn’t help but make a little quip as he commented on social media.

The Undertaker has commented on his share of viral sensations already, and he was the subject of a few of them. No matter how long he remains on social media it’s still going to be strange for some fans to see The Deadman break out a punny tweet in response to something like this.