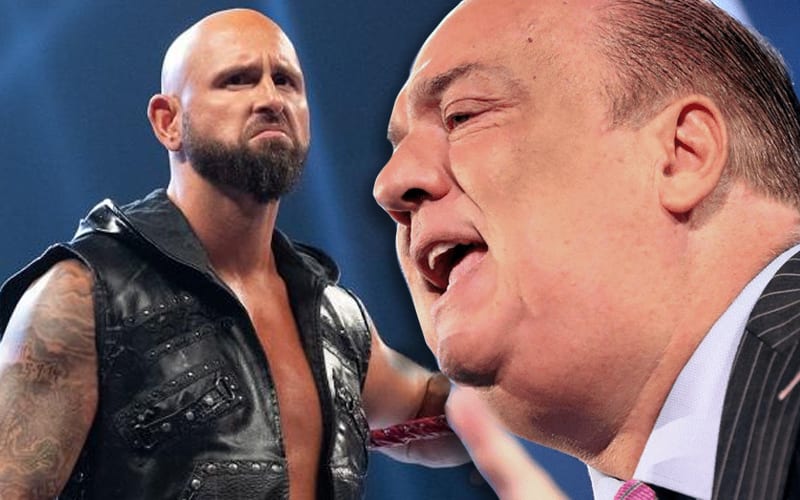 Paul Heyman was removed from his position as Executive Director of RAW, and he was in the middle of a plan to push underutilized Superstars. Karl Anderson might not love Heyman, but he is able to at least see what he was trying to achieve.

The Good Brothers absolutely dragged Paul Heyman after their WWE releases. This is why it is so strange to hear the Machine Gun putting Heyman over.

On the Talk’N Shop podcast, Karl Anderson played devils’ advocate for Brock Lesnar’s Advocate. He said that Paul Heyman possibly wanted to do more in WWE, but he was held back. If there were more plans and WWE didn’t let Heyman execute his complete vision then maybe that is why it wasn’t a success.

“Maybe to be the devil’s advocate, maybe because he had somebody above him not allowing him to be completely him and trust me I don’t want to stick up for him. But just saying maybe he wasn’t able to go as far as he wanted to go, maybe that was what was holding him back…I absolutely think he wasn’t a genius but he’s a good promo guy now.”

“He’s the greatest promo guy of all time and to your face as well. He would tell me I was a top guy. I would go, ‘hold on, I know I am but you don’t think I am and neither does he or he or he. I think I am but I know that I’m not in this environment.’”

Paul Heyman is back on WWE television, but he is not in any creative role. He is heavily influencing Roman Reigns’ storylines in WWE as the Special Counsel to the Tribal Chief. He might not get to push his own crew of Superstars anymore, but at least he has significant input on the Universal Champion’s creative direction.