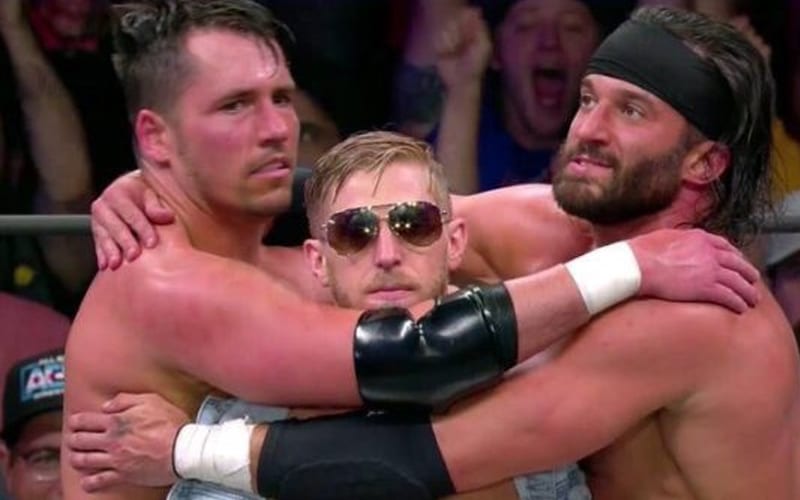 WWE and AEW apparently do not have any legitimate heat between the two companies. This is according to 1/2 of the Best Friends, Chuck Taylor.

While speaking to the AEW Unrestricted podcast, Chuckie T opened up about the Wednesday Night War. He was a groomsman at Johnny Gargano and Candice LeRae’s wedding. He has legit friends on the NXT roster.

Taylor said that the feud between the two companies is “fake bullsh*t.” He wants to see them succeed, but not at the expense of AEW.

“People talk about this fake, bullsh*t rivalry between AEW and NXT. But they [members of the NXT roster] are all my friends. Like, common, I was actually a groomsman in Johnny Gargano’s wedding. I want them to succeed, too. Obviously, not at our expense, I hope they lose and die forever, but those are all my friends. Pretty much everyone on NXT TV I know pretty well,”

AEW and WWE continue to take little jabs at each other, but that might just be the nature of the beast. If they don’t acknowledge the rivalry then that might let things die out. Some of the popularity of NXT and AEW Dynamite could be contributed to the Wednesday Night War itself. We’ll have to see how things develop from this point on.