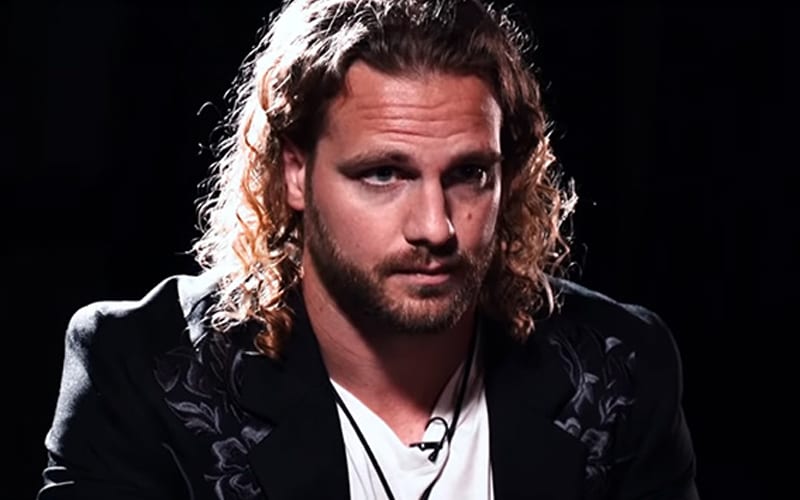 Adam “Hangman” Page is a top star in AEW, but he could have been in WWE a long time ago if the company signed him after a tryout.

While he spoke to Wrestling Inc, Hangman Page opened up about that WWE tryout 12 years ago. They didn’t want him at the time, but that’s okay. He said that at the time WWE was the only thing going. He said the tryout process has also changed since the time he tried out for the company.

Hangman Page didn’t get the job with WWE, but in the end, he took it with a lot of stride.

“I guess when I started wrestling, I guess it’s been, whew, 12 years since I started wrestling. There was really only one way to make a living. It was if you got signed to WWE, that was the end-all-be-all. Everything that you did was an attempt to get a job there. It was not to be a better wrestler. It was not to gain a following. The only end goal was to be in WWE, so you could pay your bills with wrestling. That’s changed a lot, obviously, these past few years. Man, I’m just glad to be a part of something that’s kind of helping change that, I guess. So thinking back over like formative years, the things that I worry about then are just not even remotely a consideration at this point.”

“I mean, I guess like when you’re 18-19, you start doing that kind of stuff. You feel so close to the only thing you think matters at the time. You think getting that job is the only thing matters, and you feel so close, so your so enthused, but then nothing ever happens after you go. And then you get pretty damn depressed about it, and you sort of consider, if this is the only avenue to make it in wrestling, and you show up and nothing happens, you start to wonder like, ‘can I even keep doing this? What’s the point?’”

The entire AEW landscape would be much different and The Elite likely would have never had Hangman in their group if he signed with WWE instead. We’ll never know what that would look like. Luckily, it’s a moot point to guess because Hangman Page is with AEW and it’s not likely that will change any time soon.