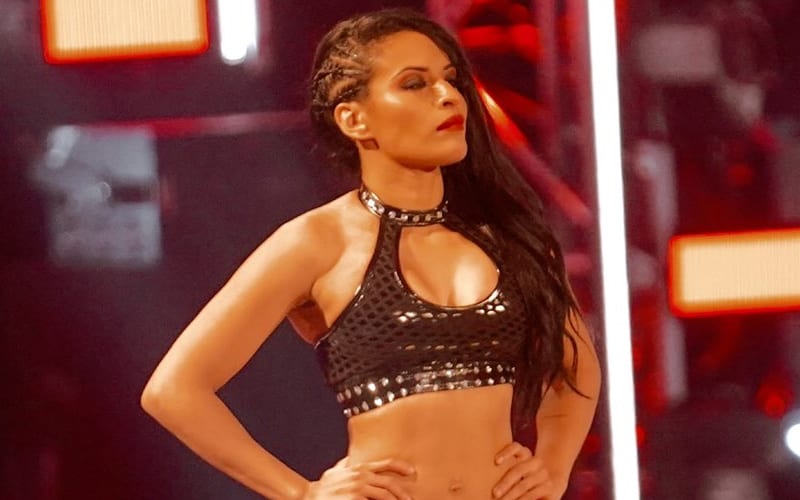 WWE is giving Zelina Vega a chance to step out on her own and wrestle. This could translate into her finding a new partner and going for tag team gold.

There are a lot possibilities for Zelina Vega. She recently stepped up to Asuka as well, but that match for Clash of Champions is not set in stone just yet.

Zelina Vega recently spoke to D-Von Dudley’s Table Talk podcast there the idea was brought up that she would want to challenge for the WWE Women’s Tag Team Titles. She said that is absolutely something she wants to do, but she needs to find a suitable partner first.

“Without hesitation, Nia Jax. So yes, I would absolutely, and I would want someone of her caliber on my side because, again, if anybody is known to seek out talent and the right kind of talent for the situation, it’s me. So, I look at her as someone who is dominant and someone who’s so good at her craft that we can really just bring the best out of each other. She can be the Ying to my Yang because we’re very similar in ways. We’re very different in a lot of ways, too. I mean, height is one of those things, But I can just see that now, and just that image alone, I think that’s it. That’s money right there.”

We’ll have to see if WWE decides that Zelina Vega needs a partner. The women’s division has a lot of talented individuals including Zelina Vega. Her chances for success would certainly grow if the company found someone strong to cover for her.