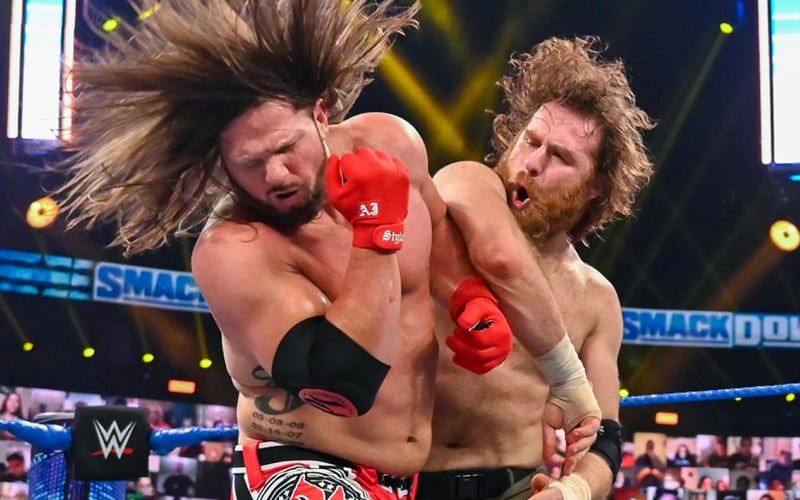 Sami Zayn broke a self-imposed six-month hiatus from pro wrestling this week on SmackDown. WWE picked quite an opponent for him to wrestle during his return as he took on AJ Styles. That match might take a while to get over.

Zayn tweeted out following his SmackDown in-ring return that he was still sore. He said the aching was “very specific” as it was both dull and sharp. This is something that he realizes only happens after a hard fought match.

Sami Zayn missed pro wrestling, and he is also grateful to be back.

Woke up today feeling sore & stiff after last night’s match, my first match in 6 months. It’s this very specific ache, both dull & sharp, that you only get from a hard fought match. I missed it. One day it’ll be gone. I am so grateful that I still get to experience this feeling.

We’ll have to see how Sami Zayn is feeling after the IC Title match at Clash Of Champions. Zayn will battle both Jeff Hardy and AJ Styles in a ladder match. That kind of contest is usually brutal, but those three have a ton of abilities that could easily make that bout the match of the night.