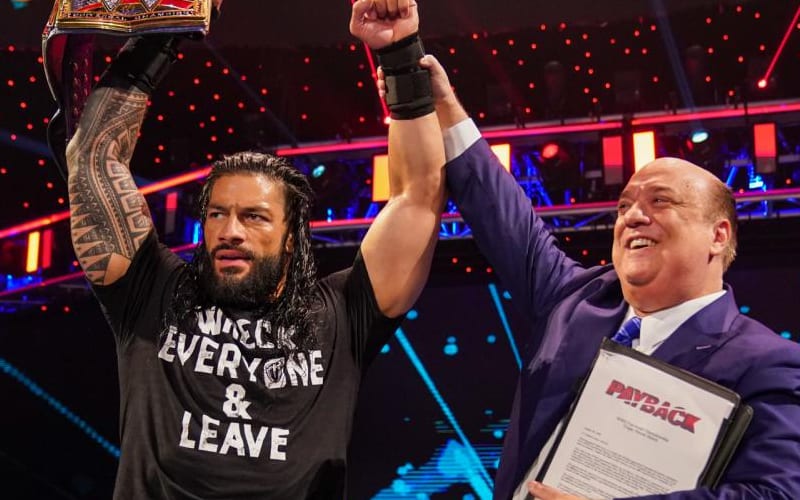 Kofi Kingston lost the WWE Title to Brock Lesnar in seconds. Paul Heyman talked up that feud and it still might be a sore point for Kingston to this day.

Roman Reigns is back, and he has Paul Heyman by his side as the Special Counsel to the Tribal Chief. They are harkening back to Reigns’ Samoan lineage in the process.

ABC 6 recently spoke with Kofi Kingston when Roman Reigns’ heel turn came up. Kofi praised Reigns for having so many tools, but then wondered why he needs to associate himself with a “parasite” like Heyman.

“To me, Reigns was the guy who had all the tools. He’s a movie star, the Big Dog, and the top dog in the entire yard. That’s why I ask, why does he need this parasite, Paul Heyman? Why does he need him to further himself when he’s already the top dog? I really don’t get it.”

“I’m going to talk to him when I get there and figure out what’s going on. Because, out of all the people in the world, why Paul Heyman, man? I don’t think he needed to go that route.”

“With that said, it is still interesting to see because performers, over a period of time, develop a new sense of personality and a new persona that just draws you in. I never expected this from Roman, never thought he’d do this in a million years. But here we are.”

WWE’s goal is to make Paul Heyman’s relationship with Roman Reigns much different from the one he shared with Brock Lesnar. It seems to be working so far, but as Kofi Kingston continues to watch from home he still might be of the mindset that Roman Reigns doesn’t need someone like Paul Heyman around.