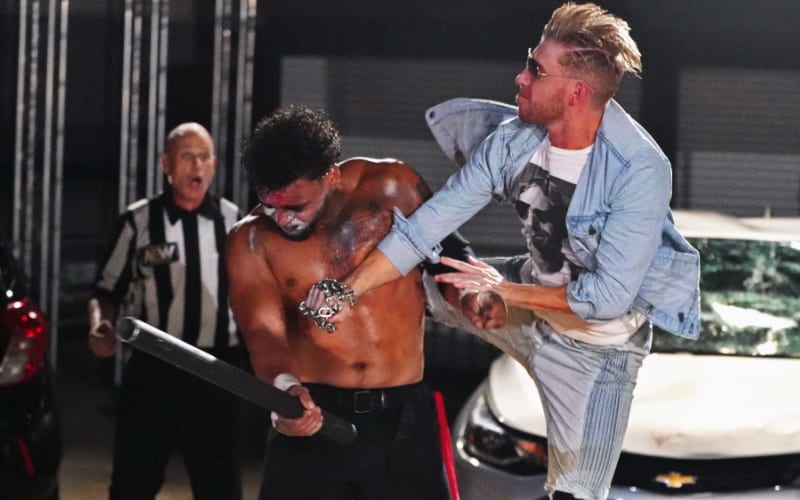 The Parking Lot Fight on AEW Dynamite received 5 stars in the Wrestling Observer Newsletter, and it was regarded as one of the best street fights ever. This match wouldn’t have come together as it did without Jerry Lynn.

Santana and Ortiz spoke to Busted Open Radio about their huge brawl against Best Friends. Ortiz explained that it was thanks to Jerry Lynn. The ECW legend was able to help them tell that incredible story in one take by implementing so many ideas.

“All thanks to Jerry Lynn, he agented the match. I mean Jerry Lynn has all the experience in the world when it comes to these type of matches. And yeah, he definitely gave us the guidance because we came with a bunch of crazy ideas, as you could imagine.”

“We were just like, ‘oh, let’s do this, this, this, this and this. Jerry harped on that he doesn’t want the match to be like ‘building furniture. You know what I mean? Where the guys are trying to build all these crazy extravagant things to put people through or whatever the case is.”

“So, Jerry kept harping on that he wants the bout to flow, which I think we accomplished in the match. And, I mean, we were pretty much all on the same page. We all wanted to, for lack of a better term, murder each other.”

AEW wanted to do the Parking Lot Fight with Lucha Bros instead, but the Best Friends replaced them. The fight will likely be listed on a few top ten lists when 2020 comes to a close. We’ll have to see if it stands up to the 5 star rating as time goes on, but it was certainly a high point in a busy week of professional wrestling.