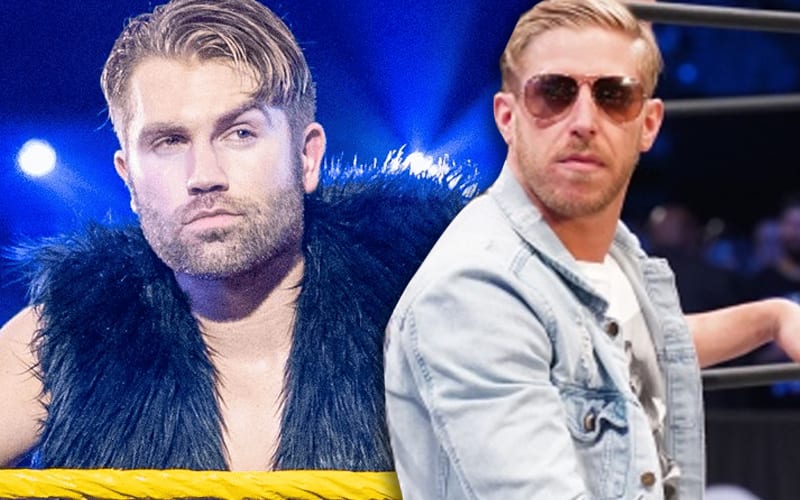 Orange Cassidy garnered a lot of attention in the past few months as his star continued to climb in the pro wrestling world. His “hands in the pockets” style of pro wrestling really caught on in a big way and Tyler Breeze certainly noticed.

Prince Pretty recently took part in a Twitter Q&A session where he was asked about who he would want to face outside of WWE. It didn’t take Tyler Breeze to come up with a perfect opponent: “Orange Cassidy.”

Freshly Squeezed is still locked in an AEW contract and it’s likely that the company won’t let him leave without a fight. Tyler Breeze has been fighting for his spot in WWE for years, and he finally found a top spot in NXT as 1/2 of the NXT Tag Team Champions.

We’ll have to see if Orange Cassidy vs Tyler Breeze is in the cards. If it happens then something about their contractual obligations will probably need to change or fans could be waiting for a long time for that match.