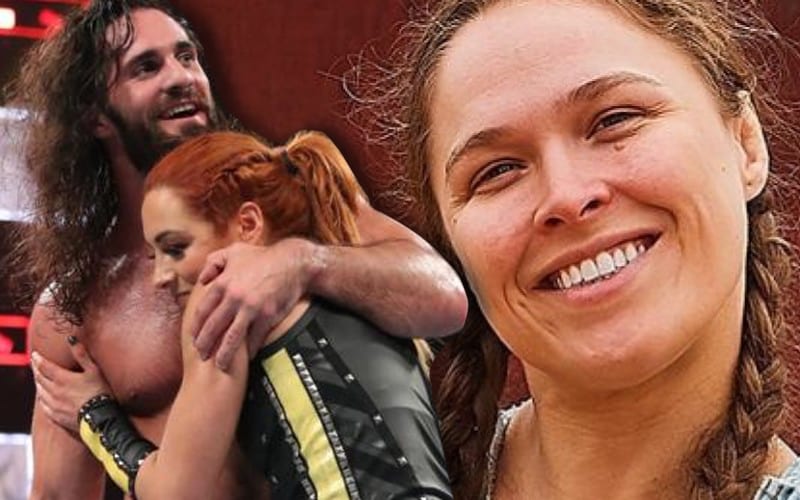 Ronda Rousey hasn’t wrestled in a WWE ring since she lost the RAW Women’s Championship to Becky Lynch in a historic WrestleMania main event. The Baddest Woman On The Planet also hasn’t forgotten about her rivalry with The Man.

Ronda Rousey played a little WWE 2K Battlegrounds on her official Facebook page recently. She saw that Becky Lynch has the same 92 rating as she does. Rousey was triggered by this. Then she decided to leave Becky Lynch unchosen before making a crude joke about The Man’s “ginger box” being Seth Rollins’ thing.

“They gave Becky the same rating as me? Everyone and even Becky knows that’s some serious bullsh*t. You all know that’s some bullsh*t.”

“I’m gonna leave her box alone. I don’t want no ginger box, and quite frankly, nobody does. Except for maybe Seth Rollins, but you know… that’s his thing.”

Becky Lynch is currently out of action while she is pregnant with her first child. Seth Rollins is the proud papa, but they’re not acknowledging it on WWE television. We’ll have to see when Becky Lynch makes her return, but Ronda Rousey might not be too far behind her.