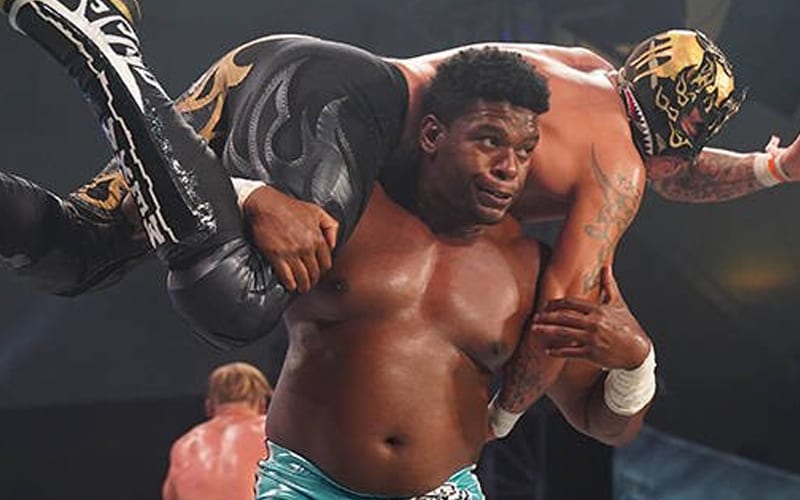 AEW signed big Will Hobbs to a contract and he immedaitley got a big push by being placed alongside Jon Moxley and Darby Allin in a big six-man tag team match. How did he end up in AEW?

Will Hobbs traveled to AEW with the intention of doing a few jobs. He impressed Tony Khan enough that he put Hobbs over even when losing on television.

The Wrestling Observer Newsletter noted that Tony Khan decided to push him after seeing Hobbs work on Dark.

The signing of Will Hobbs and subsequent push starting with the Casino Battle Royale was because Khan was impressed with him when he saw him when he was brought in to job on Dark. He booked him on Dynamite against Darby Allin and was hands on in helping put together that match with the idea to show that Allin could beat a physically impressive guy and thought Hobbs performed great in the role

AEW Dark is the company’s weekly YouTube show, but you never know how taking advantage of an opportunity will turn out for you in the pro wrestling business. Will Hobbs is now positioned in a top spot within AEW and there are much worse ways to begin one’s time with a new company.