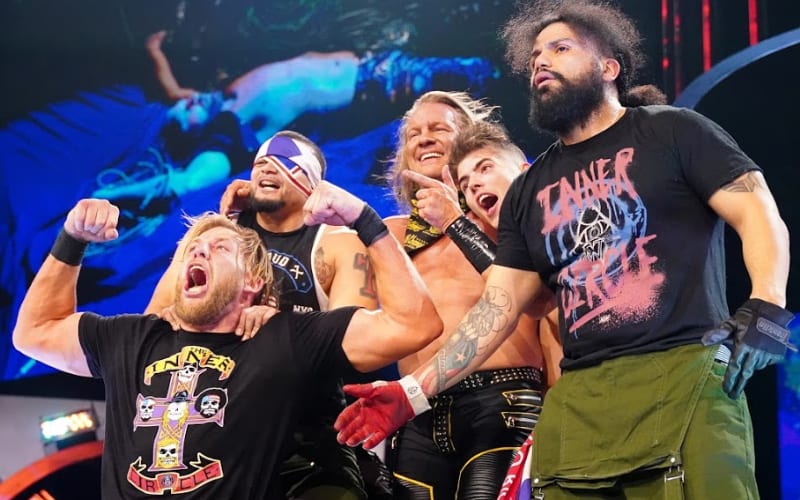 Chris Jericho’s Inner Circle faction has been around since the birth of AEW Dynamite. Le Champion plans on keeping the stable around for the long haul.

While speaking to Inside The Ropes, Chris Jericho opened up about the Inner Circle faction in AEW. He believes the stable has longevity and could translate from being a heel act to that of a babyface force.

He likened the comparison to D-Generation X as they were able to start out as heels, but eventually win the fans over no matter what they were doing.

“The best part is, we’ve never once had a cross word with each other, never hit each other with our finish, never had a keystone cop moment, and it’s been almost of a year now of this faction still being the top heel group to where there’s no reason to change it or add anybody or subtract anybody or replace anybody. I can see us being a faction for years almost like DX was. When DX became a thing, they were heels, then they became babyfaces, and they just kept going. I really see that for the Inner Circle.”

We’ll have to see what the future holds for the Inner Circle. They’ve been through a lot even since forming in October last year. The members of the Inner Circle still seem to be getting along just fine and that’s not likely to change if Chris Jericho has anything to say about it.

wpDiscuz
42
0
Would love your thoughts, please comment.x
()
x
| Reply
Report this comment
You are going to send email to
Move Comment