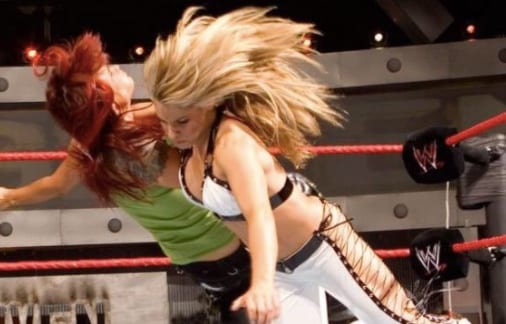 Trish Stratus may have had a strong veteran run with WWE when she came back for a few years before retiring against Charlotte Flair at SummerSlam 2019, but that doesn’t mean it was the only storybook ending she had in professional wrestling.

Thirteen years earlier at Unforgiven 2006, Stratus went toe to toe with Lita in what was billed as her final match before retirement.

The hometown favorite picked up the win in her hometown, creating one of the greatest ‘ride off into the sunset’ moments in WWE history.

#onthisday I accomplished something never done – This former valet became a 7x Women’s Champ. In what would be my storybook ending I faced my bestie, in my hometown, retired as Champion while playing homage to my childhood hero @brethitmanhart. That’s the stuff dreams are made of

The WWE Universe has differing opinions when it comes to selecting the greatest women’s wrestler of all time, but there is absolutely no denying the fact that Trish Stratus is up there with the very best of them.

She almost certainly won’t return for another swansong but even if she doesn’t, fans should appreciate everything she’s given to this business.