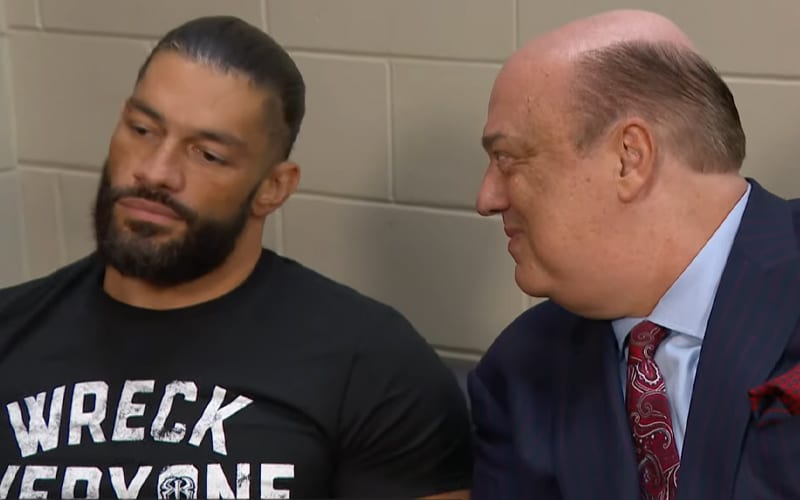 Roman Reigns returned to WWE, and it didn’t take him very long to blow fans’ minds once again. Paul Heyman was introduced as his new Special Counsel and things got very interesting from there.

It didn’t take Reigns long at all to capture the Universal Title and now he is positioned to take on his own family at Clash of Champions. All of this is heavily influenced by Heyman.

While speaking to Sports Illustrated, Paul Heyman said that WWE made the biggest move they could have at that moment. They placed Roman Reigns with a man who has proven his worth in the pro wrestling business for the past 33 years.

“With all humility aside, this is the biggest move WWE could make with its talent at the moment. We have the tenured, still-young, just-hitting-his-prime WrestleMania main-eventer, the undisputed No. 1 star in WWE, and he’d been off for seven months. Didn’t even appear at this year’s WrestleMania. Now he’s ready to come back, and he returns with someone that has been on top and been associated with top acts for 30 years. However you define me, whether it’s as a manager, an advocate, a supporting mouthpiece, and now special counsel to the tribal chief, I have been with more WWE and universal champions than anyone. And now these two acts are together for the first time.”

Paul Heyman has done a lot of talking for Roman Reigns in the past couple of weeks and it’s only just beginning. Heyman said he is looking to redefine himself in this new role on SmackDown and that’s exactly what he is seeking out to achieve.