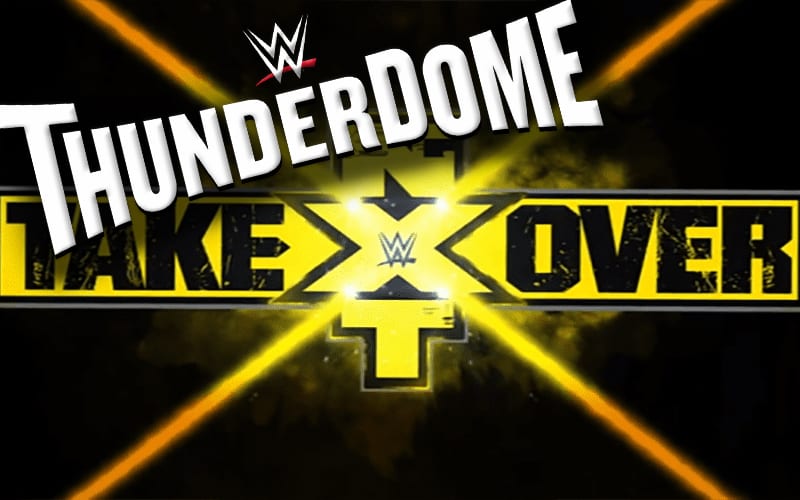 WWE’s next NXT TakeOver event doesn’t even have a name yet, but it could have a special location for NXT.

RAW and SmackDown saw a big change when they moved to the ThunderDome. NXT has yet to venture to the Amway Center for a virtual fan experience. The black and gold brand decided to stay at Full Sail Arena instead.

NXT TakeOver will take place on October 4th. The company will have the option of running this show in the ThunderDome, and they might just do that as it was noted in the Wrestling Observer Newsletter.

They officially announced the next Takeover as being 10/4. There is at least talk of doing it from the Amway Center with a Thunderdome set up or they could just stay with Full Sail. We’re only a few weeks away and nothing seems ready.

So far WWE hasn’t announced any matches for the next TakeOver event, but they do have plans to set those matches up. They only have a few weeks, so the company needs to get start making plans official.