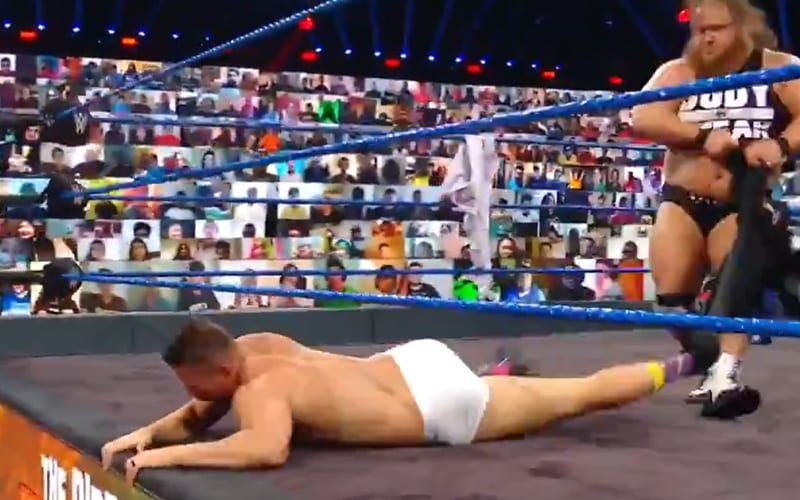 Mandy Rose is no longer on SmackDown. She was moved over to RAW, and as Ringside News exclusively reported they have no real plan for her on the red brand. They did mention her on the blue brand’s show this week as The Miz rubbed in the successful trade of the Golden Goddess. She was also paying attention when he got what was coming to him.

The Miz ended up getting pantsed by Otis on SmackDown. In the process he showed off his tighty whities. Mandy Rose saw that and had to call attention to The Miz’s choice in underwear.

That’s my man! Otis! and nice tighty-whities The Miz

We’ll have to see what the future holds for Otis and Mandy Rose. They are keeping their relationship going which could lead to a big reunion down the line. Stay tuned.