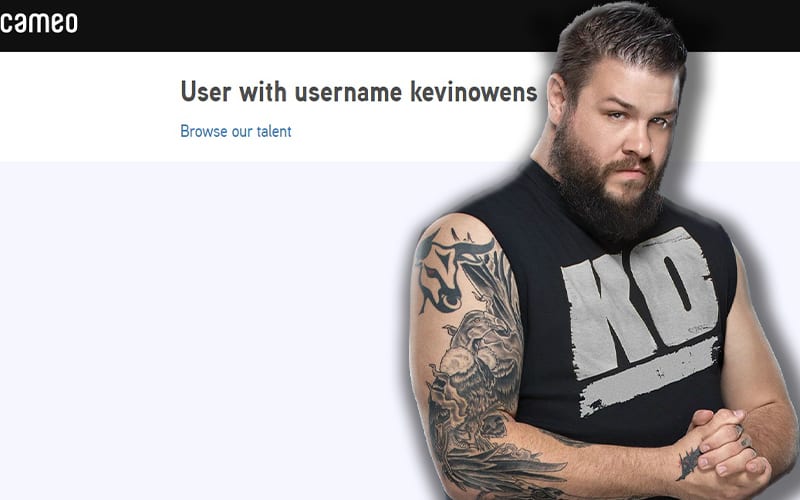 Update: Owens had just changed his name from Owens to Steen on the platform. This was searched during the writing of this article, but yielded no results. They have since refreshed their cache and it is now appearing as Kevin Steen.

Original: WWE put forth an edict that came straight from Vince McMahon. All Superstars must exit third party platforms by October 2nd. Twitch is apparently fine if Superstars use their real names and ask permission, but Cameo doesn’t appear to be approved as of this writing.

As Ringside News exclusively reported, the company has interest in securing a team deal with Cameo, or opening their own personalized video service. They better get on that quickly because Pro Wrestling Tees’ parent company is doing that same thing.

Kevin Owens was on Cameo and charging $149 for a personalized video message. He has disabled his account as of this week, the link previously associated with his profile goes directly to the Cameo main page as of this writing.

Plenty of other WWE Superstars are still on Cameo, but many of them have changed their accounts to their real names. Big E, who is currently WWE’s top earner on Cameo is still on the platform. He has been on his game recently as it is noted he usually responds to video requests within two hours.

We’ve taken a screenshot of what comes up when searching for “WWE.” A lot of former Superstars are included, but you’ll also see plenty of current WWE and NXT Superstars on the list.