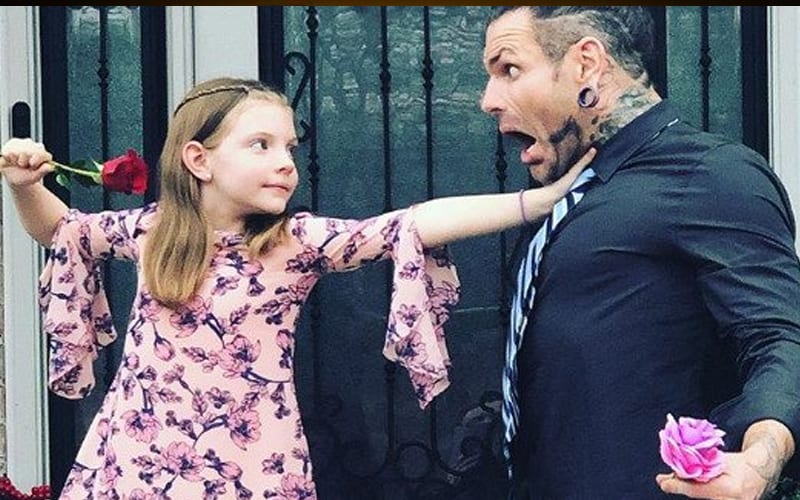 Jeff Hardy has daughters and his brother Matt Hardy has sons. This could equal a very interesting pro wrestling stable if both of the Hardy Boyz’ offspring decide to follow in their fathers’ footsteps.

While speaking to BT Sport, Jeff Hardy revealed that he is interested in getting involved with creative. He would like to bounce ideas off the writers and be a creative asset. He would also enjoy having a try at creating some memorable WWE music.

He doesn’t seem very interested in becoming a trainer. If his daughters are interested in getting involve with pro wrestling then that might change his mind.

WWE’s introduction of the Women’s Tag Team Titles provided hope for the future, and it also likely encouraged little girls all over to give them a new goal. We’ll have to see if the Hardy Girls ever make it to WWE, but they certainly have people in their lives who can make the right phone calls for them.