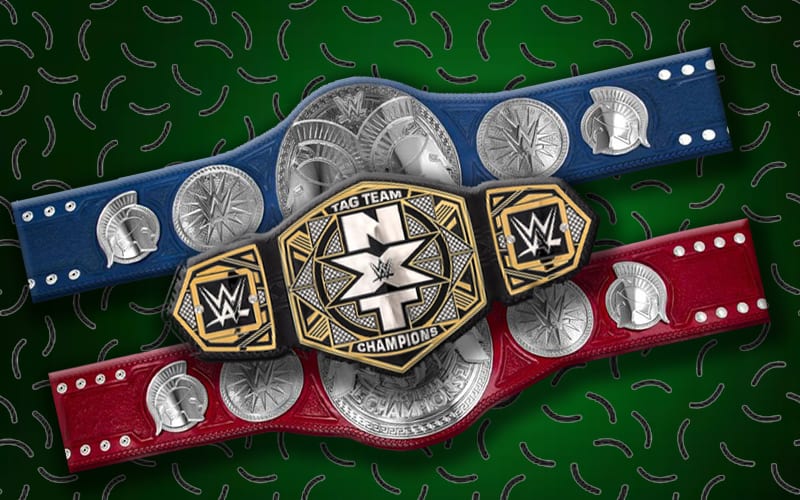 WWE has a lot of titles around, but are they considering combing any championships? Some think it would be a good idea, especially when there doesn’t seem to be as much depth as there should be to maintain proper competition.

Tyler Breeze recently spoke to Newsweek. The subject of WWE unifying titles came up in the conversation. WWE has seen a few double champions in recent months.

Breeze said that there are times like Survivor Series when brands intermingle. He didn’t seem very confident that any titles will be unified any time soon.

“There are times like Survivor Series last year when RAW, SmackDown were coming to NXT and vice-versa where everybody was kind of intermingling, but that also is why things like that are special because we don’t overdo it, we don’t do it all the time,” Breeze said. “If every week you saw RAW and SmackDown guys on NXT and NXT guys on RAW and SmackDown everyone will go, ‘Oh we should have separate brands again.'”

“It’s one of those things where I want to keep it special. You do it at certain times at the right time and that’s when it’s exciting. We have a lot of options and opportunities, fans just have to be patient.”

It is much more likely that WWE would unify the two tag team titles on the main roster. Shinsuke Nakamura and Cesaro did just travel to RAW and have a match with the Street Profits. We’ll have to see what’s in store for Clash of Champions and beyond. Right now each brand in WWE will keep their own sets of tag team titles.