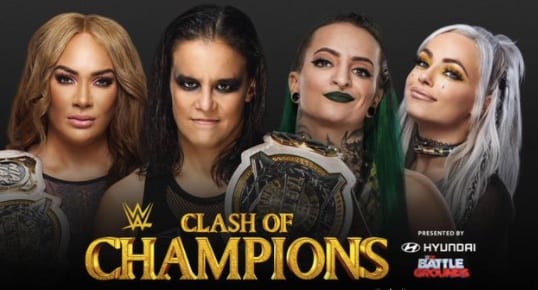 As seen on Sky Bet, the betting odds for Shayna Baszler & Nia Jax vs The Riott Squad at WWE Clash of Champions have been released.

Over the course of the last few months, Baszler and Jax have impressed the WWE Universe as they continue to grow and gel as a team.

Now, they’re gearing up to face one of their toughest tests yet in the form of The Riott Squad.

In terms of the odds, Baszler and Jax are currently priced as the 4/9 favorites to retain the Women’s Tag Team Championship. On the flip side, The Riott Squad are clear 13/8 underdogs.

The most important aspect of this match stems from what kind of performance The Riott Squad puts in, because even if they do come up short, they could build up some momentum in the weeks and months after Clash of Champions in what is a very small division.