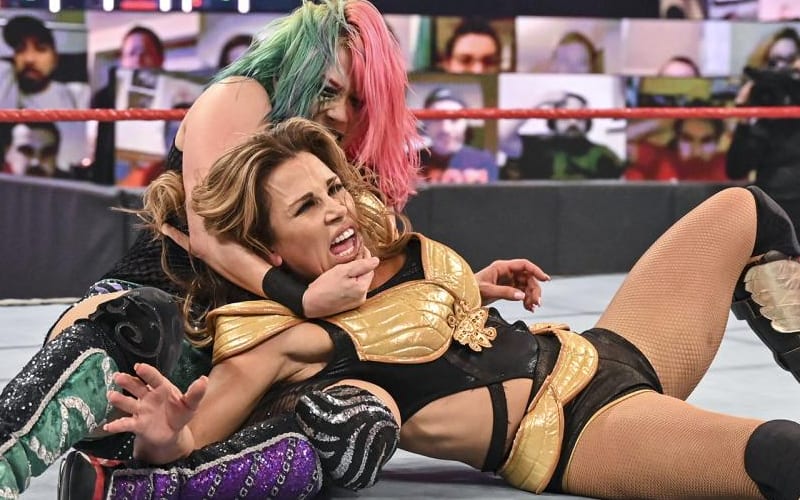 The RAW Women’s Title match from this week’s show keeps getting coverage. This time WWE has issued an official response.

It was thought that Mickie James was injured, but she wasn’t. The referee botched the finish of the match. That is not WWE’s official narrative of events.

The company released a reason in their official results of the match to explain what happened. It was simply explained that the referee decided that Mickie James couldn’t carry on in the match due to being trapped in the dreaded Asuka Lock.

Realizing that this could be her last chance at a championship, Mickie James left it all in the ring against The Empress of Tomorrow. But although Mickie James was ready for Asuka, Asuka was also ready for her. The Raw Women’s Champion locked on the Asuka Lock, and despite James’ best efforts to fight out, the referee ruled her unable to continue and awarded the match to Asuka.

We’ll have to see if WWE uses this extra attention toward Mickie James’ RAW Women’s Title loss to warrant another opportunity. Zelina Vega approached Asuka following that match, but as we previously reported those plans are not set in stone for Clash Of Champions just yet.