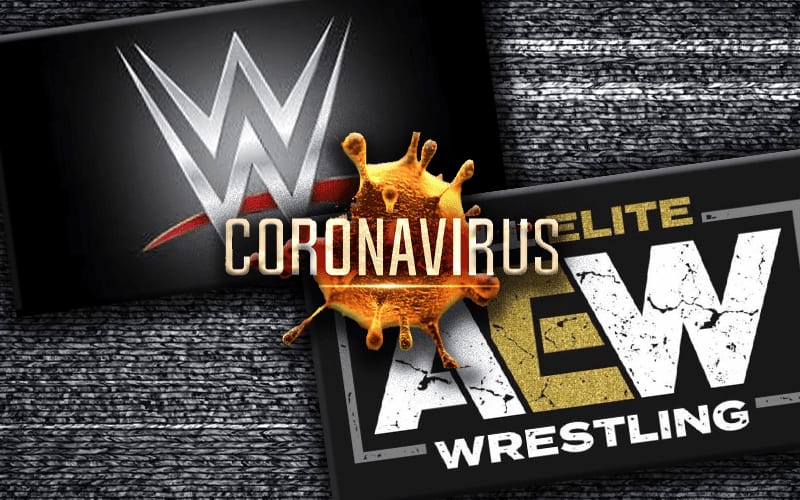 WWE and AEW both continued through the pandemic, but each company took very different means to ensure the safety of those at their television tapings.

According to Wrestling Inc, every performer fans see on AEW and WWE programming are tested, but the companies have their own ways to make sure that is accomplished.

It is reported that WWE Superstars are instructed to arrive at a parking garage a day prior to taping. They are given a nasal swab test. Then they leave and are sent a text message to let them know the result of their test. If they’re negative then that Superstar is given their plans for the next day’s show.

AEW sends their talent to an off-site facility on the morning of the television tapings. They have blood tests and results come within minutes. They are then given a wrist band if they do not test positive. Nobody gets into Daily’s Place without a wrist band.

Taz noted several weeks ago on Twitter that AEW does blood testing. This is a much more expensive and conclusive test. It also checks for COVID-19 antibodies. It was confirmed in the report that AEW is still doing finger prick blood tests for COVID while WWE is doing the nasal swab tests.

We invite you to click here for a full report on the huge margin of error for COVID-19 nasal swab tests.