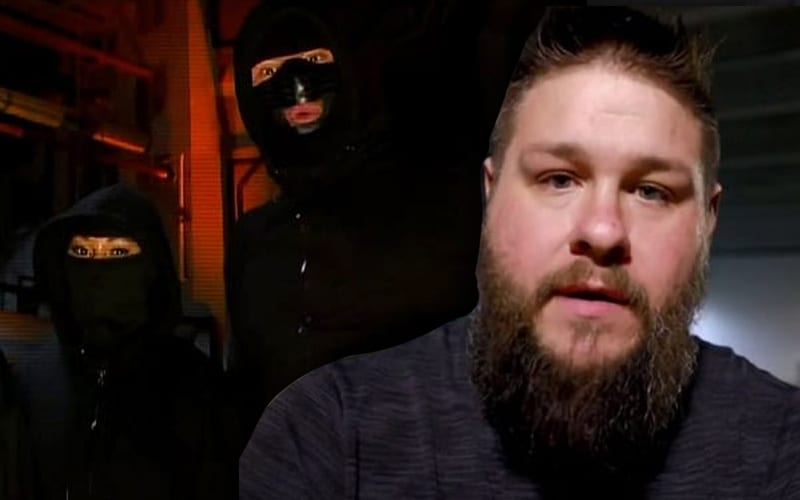 Kevin Owens got on the microphone during RAW Talk last week, and he had a lot to say. He voiced his frustrations about WWE and his current position on the roster. This could be a rallying cry if you ask Aleister Black.

Retribution’s presence is usually signaled by flashing lights. This week on RAW, those flashing lights happened during a crucial point in Aleister Black’s match against Kevin Owens.

During RAW Talk this week, Aleister Black pointed a finger at Kevin Owens as the leader of Retribution. He said that the flashing lights were too much of a coincidence for it not to be the case.

If Kevin Owens has a band of angry NXT Superstars behind him, it would make a lot of sense. Owens has scratched and clawed to regain his former glory, but he is passed by time and time again.

WWE could always throw a red herring out, because they’ve done it before. Some thought The Miz gave hints that he was connected to Retribution, and they were correct. Those teases did happen, but then Retribution became a RAW exclusive stable.